It all started half a century ago, with a bit of serendipity.

“We would bring over certain professors from the U at that time to help us on specific studies,” said Art Rolnick, PhD, recalling his time at the Federal Reserve Bank of Minneapolis. “And then we realized this could develop into something more than just an ad-hoc approach.”

Today, a unique collaboration that grew organically between two public-serving institutions is celebrating 50 years of shedding light on complex economic challenges. The University of Minnesota’s Department of Economics and the Minneapolis Fed have worked together on economics research since the late 1960s, providing relevant and nonpartisan economic insights to inform policy decisions that protect the financial system and promote economic growth.

Rolnick, who was senior vice president and director of research at the Minneapolis Fed and now serves as an advisory board member at the U’s Heller-Hurwicz Economics Institute (HHEI) as well as a senior fellow at the Humphrey School of Public Affairs, said the collaboration has become a model for the Fed’s 11 other district banks, along with its international counterparts.

“Our view was to bring together the best experts working in this field to provide the Minneapolis Fed president with the best research we had in economic policy,” said Rolnick. “It started a rethinking over time about the role of the district banks. Today, virtually all of them have a version of what we started at the Minneapolis Fed—and central banks from around the world have also started to bring in top researchers.”

Nationwide, the role of the Fed is to lead monetary policy to promote maximum employment and stable prices. It studies banking, business cycles, inflation, international trade, and a host of other economic areas. The Minneapolis Fed collects and organizes data from a district that includes much of the Upper Midwest to portray the state of the regional economy—measures that help the larger Federal Reserve System make decisions.

While important, that data wasn’t addressing the deeper questions, Rolnick said. How do economies work? What drives business cycles? What is the role of interest rates? It’s in wrestling with these subjects, which require economic theory, modeling, and statistics, that U research lends a hand.

In the 1970s, for example, collaborators from Economics Department and the Fed warned of the “moral hazard” at play among large banks. These institutions, deemed “too-big-to-fail” because of the devastating economic effects their collapse would have, were implicitly guaranteed a government bail-out—encouraging them to make risky investments in pursuit of greater returns. The researchers’ warning proved prescient when crisis struck the savings and loan industry in the late ‘70s and, in 2008 when moral hazard contributed to the worst economic downturn since the Great Depression. 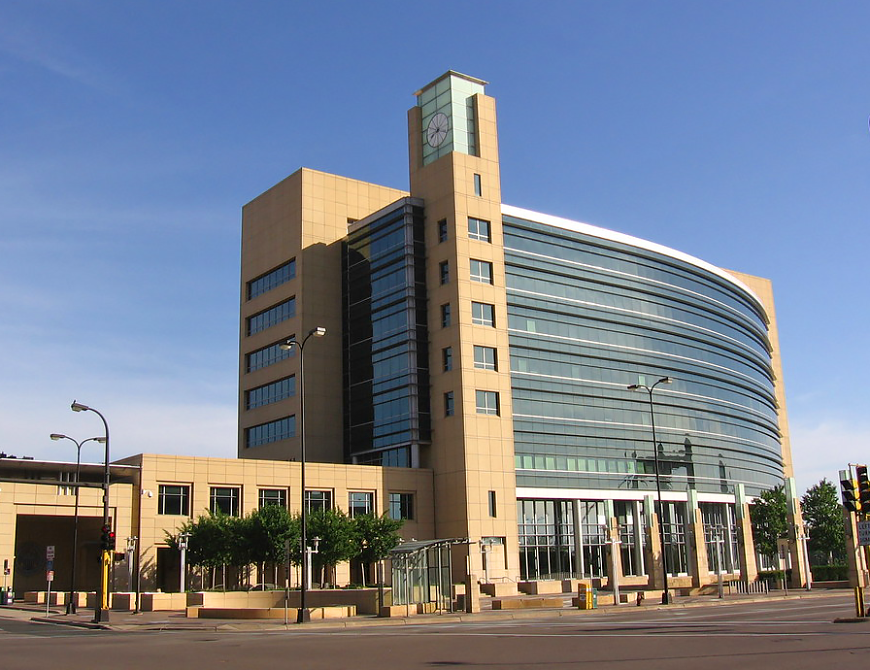 One of the U Economics Department and Minneapolis Fed collaboration’s greatest strengths is that its research projects build from the bottom up. Rather than have the Fed president dictate which issues to investigate, researchers from the two institutions discover their research questions through continued discussions on theory and policy.

“If you were to come to the Minneapolis Fed on any given day and sit down for lunch, there’s 30 or 40 of us around the table just debating these issues,” Rolnick said. “That environment, a research policy environment, is unique in the country in some ways.”

The opportunity to be part of this environment—not to mention the prospect of running into one of the several Nobel laureates involved in it—entices many students to study economics at the U. A number of those who do gain internship experience at the Fed and then go on to careers influencing economic policy around the country and the globe.

Ellen McGrattan, director of HHEI (launched in 2010 to further advance the connection between research and policy), said training the next generation of economists will play a key role in ensuring the collaboration between the U and the Fed continues to reach the broader community and make a difference in the world.

“While the partnership has led to significant breakthroughs in research so far, there is much more to do,” McGrattan said. “Fortunately, between the two departments, we have a great group of young economists that will carry the torch forward.”

Rolnick agreed that there are many opportunities for the collaboration to take on today’s most pressing issues.

For example, research into human capital and income inequality, including early childhood education and addressing the achievement gap, can lead to significant benefits in an individual’s employment and financial stability later in life, he said. Other areas ripe for economic research include climate change and the hazards of international trade wars.

As the collaboration continues, Rolnick reflects on the legacy of a revolutionary partnership that was formed five decades ago.

“It isn’t like that’s what we thought we were doing at the time,” he said. “But we set an example for central banks around the world that these kinds of partnerships with strong academic institutions had a big payoff.”