When the prescription drug abacavir, developed in University of Minnesota labs by Robert Vince, Ph.D., gained federal approval in 1998 and appeared on pharmacy shelves under the brand name Ziagen, it gave new hope to those with HIV. Today, the 1.2 million people the Centers for Disease Control and Prevention estimates live with HIV nationwide have access to this treatment.

Bringing a breakthrough treatment like abacavir to the people who need it takes more than a groundbreaking scientific discovery — researchers must also work to refine their new treatments, bring them through clinical trials and help them reach the market.

Today, the Institute for Therapeutics Discovery and Development (ITDD), founded by the  U’s College of Pharmacy in 2007, provides the expertise and instrumentation researchers need to bridge the gap between a compelling pharmaceutical idea and a market-ready drug treatment. The institute is a resource for the over 1000 biomedical researchers at the U of M and Mayo Clinic whose work may lead to the next breakthrough drug therapies.

Gunda Georg, Ph.D., director of ITDD and McKnight Presidential Chair and head of the Department of Medicinal Chemistry, said ITDD collaborates with researchers interested in any field related to pharmaceuticals. Whether those researchers have just conceived of an idea or are working to improve an existing one, Georg encourages them to reach out.

“Anybody can come in and start a conversation, and then we will work to figure out the best approach,” Georg said. “We’re hoping to bring in the most engaged people with the best ideas from across the University — that’s been my philosophy from day one.”

While many researchers at the U have no experience in drug discovery, the ITDD team’s collective experience in the pharmaceutical industry has honed their expertise around the best practices. They can provide valuable perspective on a project or drug’s potential, spot any weaknesses in its design early on and woodshed the idea to help it reach its maximum potential.

ITDD’s assistance proved invaluable in advancing the pancreatic cancer drug Minnelide. The project began in 2007, when Ashok Saluja, Ph.D., a professor of pharmacology with the U’s Medical School, was working with an active compound found in the thunder god vine. The plant is used in traditional Chinese medicine to treat swelling and inflammation, but Saluja found this compound also stopped pancreatic cancer cells from growing, potentially treating the most lethal form of cancer. According to estimates from the National Cancer Institute, more than 41,000 people in the U.S. died from pancreatic cancer in 2016.

Saluja teamed up with Georg and others at ITDD to modify the compound for pharmaceutical use. The ITDD team made it more effective as an injectable drug and made it patentable, a crucial step in preparing the drug, dubbed Minnelide, for the market. In 2011, Minnelide became the basis of Minneamrita Therapeutics, a startup launched through the U’s Office for Technology Commercialization (OTC). Clinical trials are currently in progress to move the treatment closer to FDA approval.

Drug discovery is a tricky business. Many lines of research don’t lead to viable treatments, and advancing those that do hold promise requires many regulatory steps and expensive clinical trials. In short, bringing a new drug from lab to market requires not only a lot of work, but a lot of funding. ITDD works alongside researchers to find that funding, whether it comes from sources within the U, industry partners or donations.

As a drug develops, ITDD experts and their partners also increase their focus on the treatment’s potential to succeed in the marketplace. OTC helps them evaluate each opportunity to determine whether to license the treatment to an existing company or start a new company to develop it into a product.

For those outside the U, the expertise and specialized equipment at ITDD are still an attractive resource. Researchers at other universities and the Mayo Clinic can come to the institute for help in preparing, screening and optimizing drugs, as well as for help with animal models. ITDD can even assist researchers who don’t have an idea for a new pharmaceutical, but are conducting basic research in a related field and wish to use its specialized research equipment.

Moving forward, ITDD will continue to work on treatments for diseases ranging from Alzheimer’s to glaucoma. Some of these projects come in response to trends of growing public health issues, such as the institute’s research into less addictive painkillers that aims to help curb the country’s epidemic of opioid abuse.

Other projects are exploring treatments for “orphan diseases” — rare and often severe conditions, such as ataxia and muscular dystrophy, that affect fewer than 200,000 people nationwide and have few existing treatment options.

Whether they target a widely known disease or a rare disorder, new drugs have the potential to save lives and alleviate suffering on an enormous scale, Georg said.

“Drug discovery is a difficult business, but it holds potential to help a lot of people,” Georg said. “We’re laying the groundwork for new treatments here and hoping that we might move some of them forward.” 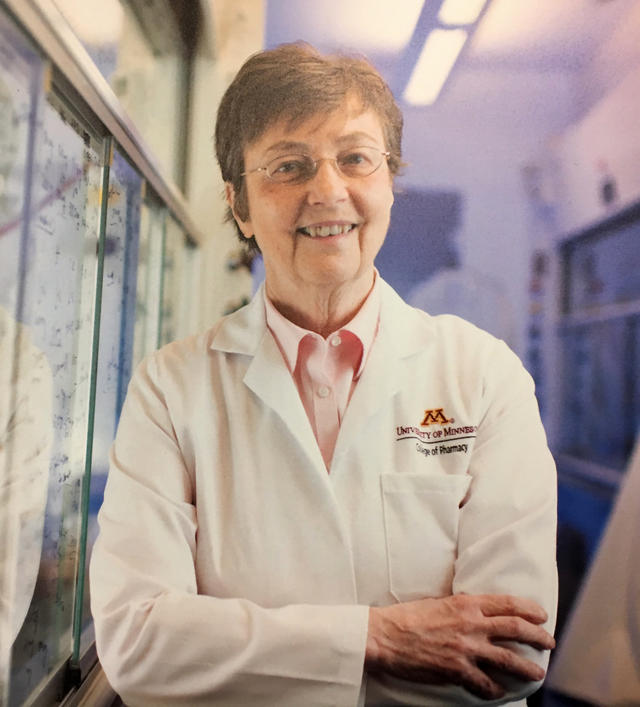 Interested in learning more about how new medicines are made? Tour the ITDD labs to learn about recent discoveries and about current research into innovative medicines for Alzheimer’s, glaucoma, heart disease, pancreatic cancer, seizures and more.

Tours start in the lobby of 717 Delaware St. and lead through five research labs, where visitors will see scientists and equipment involved in the process of drug discovery. Tours are 45 minutes long and can be scheduled anytime, including evenings, weekends and prior to campus events. Bring family, friends or colleagues along — groups of any size are welcome.