What do cleaning the state’s waterways, curbing livestock disease and treating diabetes have in common?

These are a few of the dozen projects that have brought University of Minnesota researchers together to work beyond the limits of their academic fields to address complex societal challenges. The U’s MnDRIVE Transdisciplinary Research Program provided nearly $6 million for the 12 research projects, which ranged from an effort to use smart systems to reduce sulfate concentrations in water to designing wearable technology that treats neurological disorders. Each project integrated at least three of the four key MnDRIVE research areas: discoveries and treatments for brain conditions; robotics, sensors and advanced manufacturing; advancing industry, conserving our environment; and global food ventures.

“Transdisciplinary projects inspire researchers to think creatively about complex problems,” said Brian Herman, Ph.D., the U’s vice president for research. “These projects bring together some of the university’s greatest minds, allowing experts from vastly different fields to collaborate together and with community and industry partners to find new and often unexpected approaches to challenges in our society.”

True to their nature of breaking down academic barriers, the transdisciplinary projects brought researchers together from across many fields of study. For example, a project that aimed to use precision agriculture systems to help farmers curb the harmful effects of soybean aphids on their soybean crops brought together experts not just in entomology, but in industrial design, applied economics, aerospace engineering and mechanics. In total, the 12 projects spanned three U of M campuses and involved researchers from across 10 colleges and 24 departments. They also hired 82 people to help drive research forward, including 33 staff, 16 post-docs, 20 graduate students and 13 undergraduate students. 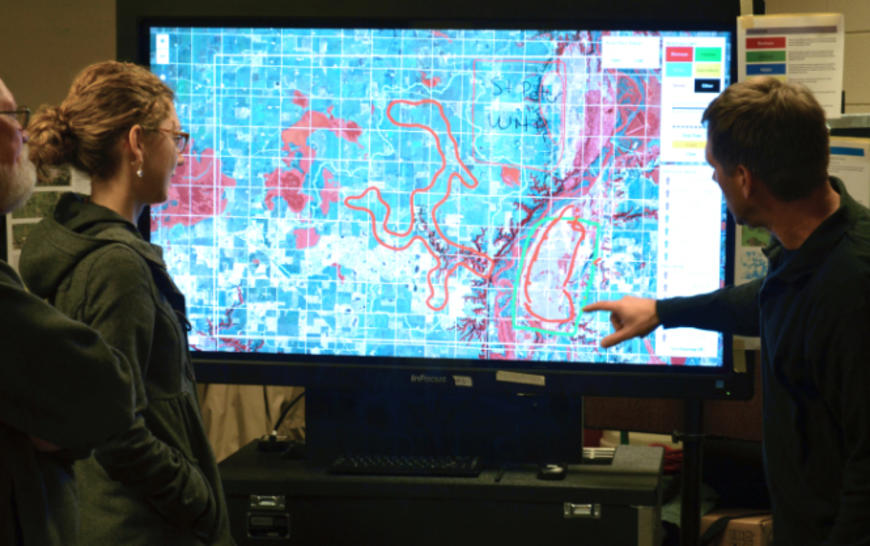 Researchers involved in a MnDRIVE project to maximize the benefits of biomass use touch screen visualization to partner with regional farmers on how to get the most out of the land.

The scope of the projects was not limited to university experts — industry played a key role as well. Researchers had more than 80 meetings with companies like 3M, DuPont, Tonka Waters, Toro and Imbio, a med-tech startup investment firm. Work on the projects resulted in an additional $2.4 million in external grants from federal, state and private organizations, including the U.S. Department of Agriculture, the Legislative-Citizen Commission on Minnesota Resources and companies like Syngenta and Polymet Mining Corp.

The program also helped spread the word about U research, engaging with thousands of community members through public seminars, media interviews and discussions at events like the Minnesota State Fair. Several projects even had an international influence, such as a community seminar in Uganda on curbing the spread of animal disease and a graduate student’s internship at chemical company BASF in Germany.

The 12 transdisciplinary projects have already resulted in at least three new inventions. Going forward, researchers will continue to refine their ideas for developing and implementing new practices and technologies that can lead to better health, secure food sources and a cleaner environment. 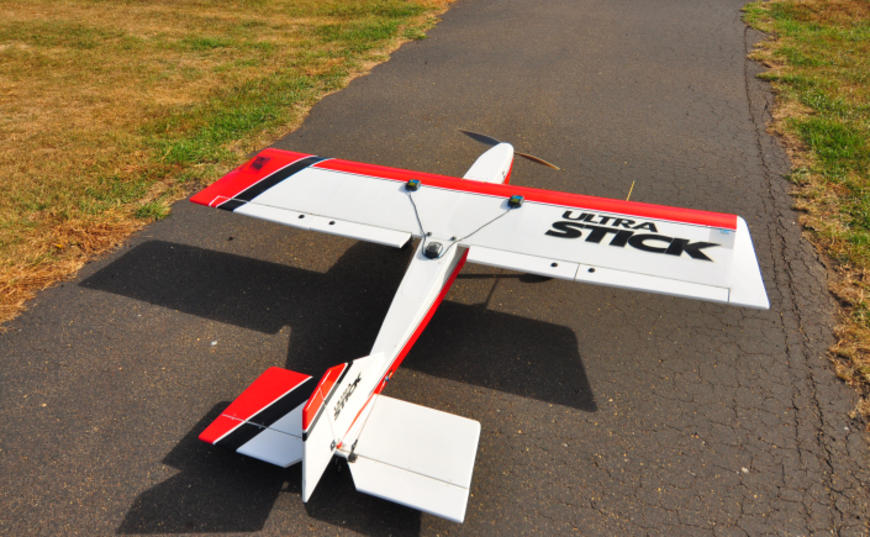 As the Transdisciplinary Research Program continues, each of the four key research areas of MnDRIVE is also continuing to form partnerships, advance research and make discoveries. For the latest updates in these areas, see the MnDRIVE website.

Minnesota’s Discovery, Research and InnoVation Economy (MnDRIVE) is a landmark partnership between the university and the state of Minnesota that aligns areas of university strength with the state’s key and emerging industries to advance new discoveries that address grand challenges.