The past 10 years have seen an explosion in social computing. Mobile technology now makes it possible for people to be plugged into social networks from the moment they wake until the time they go to sleep. These tools hold immense power in our lives, and according to Distinguished McKnight Professor John Riedl, have the potential to move us toward social good.

“During the past decade, social computing has helped elect presidents and topple governments and created the largest encyclopedia in history,” says Riedl. “My research aims to create new ways for groups to work and play together.”

Riedl, a U of M computer science professor who is best known as the inventor of recommender systems—the powerful Web-based tools that identify user preferences—conducts research in the broad field of social computing. He is interested in understanding how this new social reality impacts the fabric of our society and the nature of our relationships. He studies the ways in which computer-mediated interactions, and the user interfaces that support them, either help us to succeed or allow us to fail. His goal is to develop “intelligent” user interfaces that enhance the functioning of social computing systems in order to improve user prospects for success.

The Power of Personal Preference

If you’ve ever heeded suggestions for a book on Amazon, created a channel on Pandora or clicked on a Google ad, you have John Riedl to thank. The recommender system technology first developed by Riedl is now so pervasive that it’s hard to imagine a world without the seemingly magic recommendations that influence so many of our online decisions and social interactions. 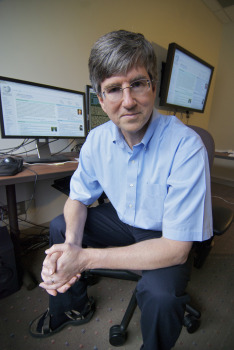 In 1996, Riedl took what he learned about recommender systems and founded the startup Net Perceptions. During the eight years that the company was in business (until 2004), it developed and licensed online shopping solutions for Amazon, 3M, Best Buy, Kmart and JC Penney. Heralded as one of the most successful startups in U of M history, Net Perceptions grew to 300 employees and won a World Technology Award during its short but highly influential life.

By the time Riedl launched Net Perceptions, the power of recommender systems to transform online commerce was clear. In 1999, the company and Riedl’s research program at the U were featured in an ABC Nightline episode. That same year, Malclom Gladwell wrote about Riedl’s discoveries in an article for the New Yorker:

“Riedl recognized early that people’s preferences cannot be determined accurately based solely on broad demographic characteristics, such as age, gender, income, and neighborhood.”

Gladwell’s article emphasized the way in which collaborative filtering allows people access to expert opinions based on personal taste. Unlike like resources such as Consumer Reports, which analyzes factual information about products to make a recommendation, collaborative filtering is based on personal taste, which is subtle, specific and highly suggestible.

“What [users] tell us about what [they] like is far more predictive of what [they] will like in the future than anything else we’ve tried,” Riedl says. “It seems almost dumb to say it, but you tell that to marketers sometimes and they look puzzled.”

Outside of the U, the field of recommender systems has remained relatively stagnant for more than a decade. But Riedl is confident that even a marginal improvement to these systems could mean monumental advances for online services like Netflix, iTunes and Amazon.

Riedl conducts the majority of his research through his U of M lab, GroupLens, which explores recommender systems, online communities, mobile technology, digital libraries and mapping. The lab’s primary mechanism for testing new recommender system algorithms is MovieLens, an open-source software tool that introduces its 150,000-plus users to movies they may like or dislike. Users are grouped into “neighborhoods” of like-minded users based on their preferences.

Working off the 18 million movie ratings the site has collected, Riedl is fine tuning the accuracy of recommender algorithms. Data from MovieLens is used to understand both the computational and human-interface aspect of recommender system design.

Another GroupLens project, Cyclopath, is an interactive “geo-wiki” mapping tool that helps users find the best bike routes and contribute to shared information about bike paths and trails in the area. The site is currently being used in the Twin Cities to help plan the regional cycling system.

Riedl is again taking a pioneering role in the advancement of these technologies, this time to support volunteer communities. As the principal investigator of a $2.4 million National Science Foundation grant, he is overseeing a large interdisciplinary effort to understand how online community interface design can be adjusted to better support community goals and volunteer development.

As part of the project, Riedl is carrying out some of the most extensive experimental research on enhancing Wikipedia, including work on helping to identify and nurture promising new contributors.

“Wikipedia’s brilliance and curse is that any user can edit any of the encyclopedia entries,” says Riedl. “Social computing is always a dance between technological and social processes.”

Riedl’s close study of user behavior on Wikipedia has revealed some interesting trends: Only nine percent of edits made on Wikipedia are done by women. Intentionally misleading edits—or vandalizing an entry—are infrequent but increasing steadily. Frequent editors’ content is more likely to be seen by Wikipedia visitors.

These findings are the tip of the iceberg. Riedl’s team is using datasets from Wikipedia to map new ways to reduce conflict and improve cooperation on the site. He’s borrowing techniques from the online encyclopedia to foster synergy in real-life teams like volunteer organizations, universities and companies.

The data paint a vivid picture of existing social science theories, and Riedl is studying them in richer detail than ever before.