Few tiger biologists venture into dens to photograph and collect data on cubs. But University of Minnesota tiger researcher David Smith has done it twice, once with the mother just 200 yards away.

Using radio and GPS collars, Smith has tracked tigers for 40 years with one goal in mind: to achieve larger and more secure tiger populations by keeping their prey abundant and their habitat connected rather than patchy. This matters because top predators are critical to ecosystem health.

So are Smith’s graduate students. Most come from Nepal, Thailand, Bangladesh, Cambodia, China, Taiwan or the Philippines. Degrees completed, they return home and mobilize local people for conservation efforts.

“Two students focused on enlisting local people in collaborative conservation,” notes Smith, a professor in the Department of Fisheries, Wildlife and Conservation Biology. “Without the support of local communities, no amount of patrolling could prevent tiger poaching.”

In Nepal and Thailand, he and his colleagues found that a mother feeds her cubs for 18 to 24 months. When a new litter arrives, she must keep near the den at first, giving females from adjacent territories an opening to move in on her turf.

However, “for the next two months the nearly grown offspring of the previous litter begin to hunt on their own in the security of their mother’s territory, and their presence helps secure her territory while she is confined,” Smith explains.

While females can have several litters in a lifetime, data from Nepal showed that a male’s reproductive life lasts only 2.7 or 2.8 years.

“But for a few longer-lived males, the polygamous mating system results in a big payoff,” says Smith. “One male’s territory encompassed seven females, and over eight years he had 53 young, 29 of whom survived to disperse. And of 20 males, three accounted for 57 percent of the offspring that lived to disperse.” 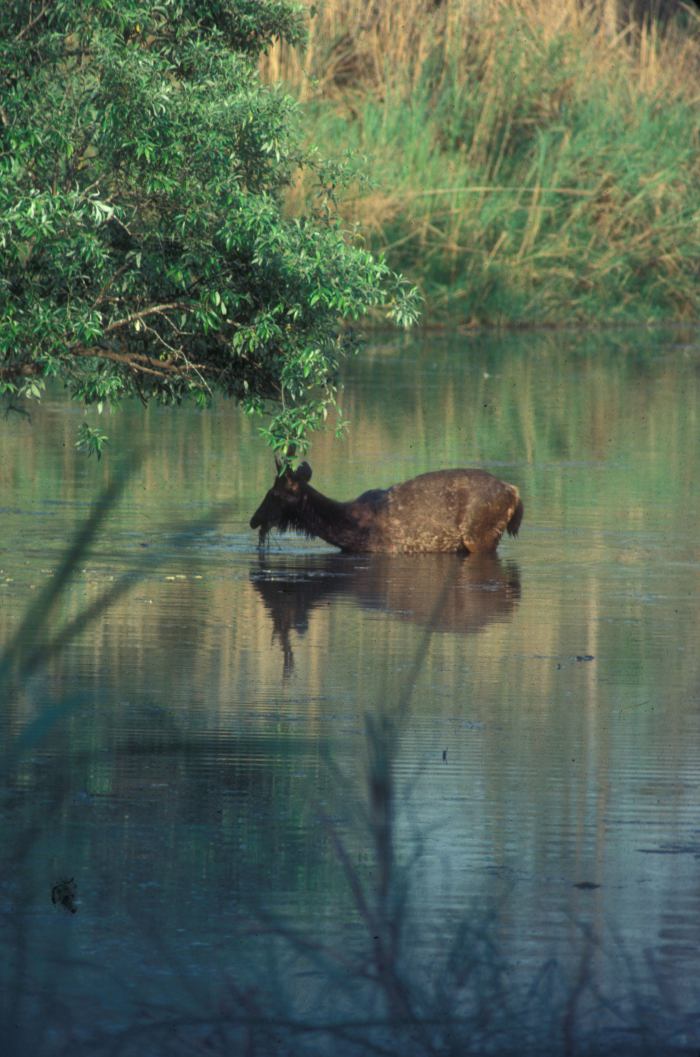 Sambar, the key prey species of tigers in South and Southeast Asia. 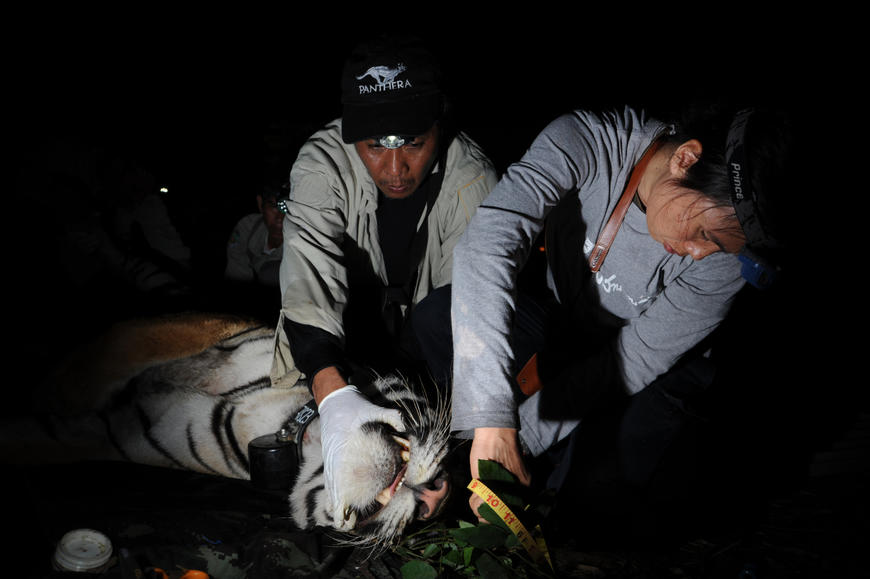 Thai government researchers Saksit and Achara Simcharoen outfit a tiger with a GPS collar at night. 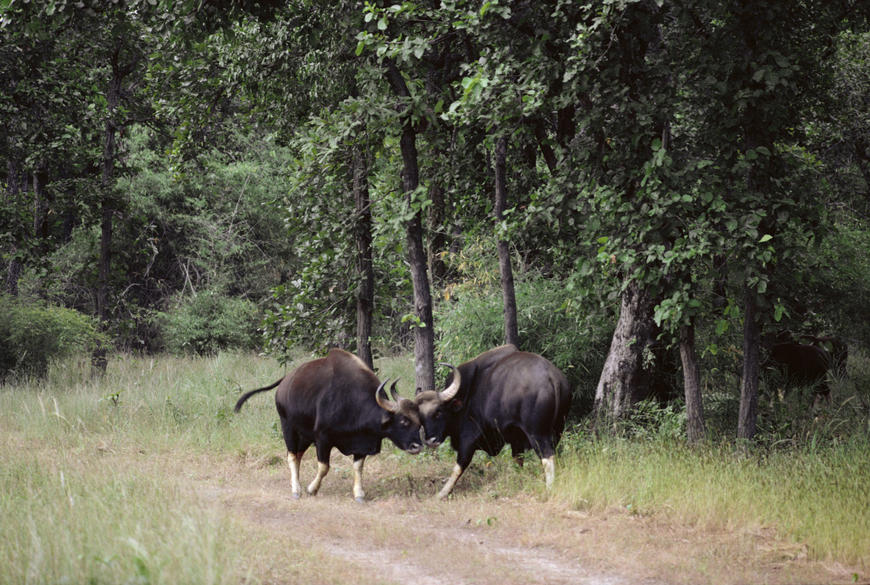 Guar, the largest bovid species, is an important prey species for the tiger.

What Do Tigers Need?

Tigers live in diverse habitats from the Far East of Russia to the tropical forests of South and Southeast Asia. They need only two things: large spaces and abundant large prey.

In Thailand, Pornkamol Jornburom, who received her Ph.D. from the University in December 2016, mapped the distribution of tigers’ chief prey in an area more than twice the size of Yellowstone National Park.

“My study showed that tigers really depend on three species—gaur and banteng (wild cattle), and sambar (large deer),” she says. “Tigers’ distribution most closely resembles the distribution of sambar.”

Smith’s Thai colleagues Achara and Saksit Simcharoen identified ecological factors affecting tiger and sambar distribution. Based on their data, the Thai government now manages tigers at the scale of “forest complexes”—connected groups of protected areas that let tigers move more freely across large landscapes. If poaching or disease strikes in one area, tigers from other areas can move in and help the population recover.

Save the Tiger—and the People

Tiger populations in Asia have been disappearing, but some are healthy, thanks in part to community forests managed by local people. In Nepal, Smith’s former student Bhim Gurung organized “village rangers” to report livestock kills or sighting of tiger tracks or scat in community forests outside of reserves. By showing where tigers are active, this helps managers maintain habitat connectivity between national parks in Nepal.

But as the growth of community forests brings more tigers, attacks on people increase. In one area of Nepal, deaths from tiger attacks have risen seven fold, with women the majority of victims. Samantha Helle, a former student of Smith’s, plans to work with women’s groups in Nepal to reduce future human-tiger conflict.

Currently, Smith, the Simcharoens and two geographers, Sean Ahearn from Hunter College and Somayeh Dodge, a recently hired U of M faculty member in the Department of Geography, have teamed up to model tiger movement in the World Heritage Site.