Over the past two years, MnDRIVE — Minnesota’s Discovery, Research and Innovation Economy — has allowed the University of Minnesota to advance further in areas of research strength. The $18 million annual investment by the state of Minnesota targets four key research areas that aim to address grand societal challenges.

But the state isn’t the only driver of research in these areas. Outside organizations have provided funding to all four research areas related to MnDRIVE: Robotics, Sensors and Advanced Manufacturing; Global Food Ventures; Advancing Industry, Conserving our Environment; and Discoveries and Treatments for Brain Conditions. When combined with transdisciplinary funding and other MnDRIVE efforts, these research areas have garnered a total of $57 million in external funding since MnDRIVE launched.

Here are a few examples of the externally funded research now underway. 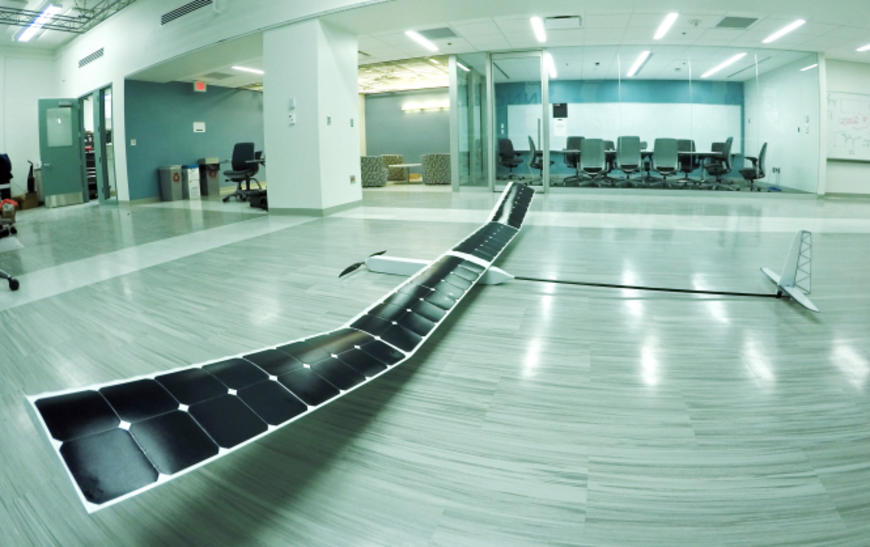 As uninhabited aerial vehicles, or UAVs, become a more common tool in agriculture and industry, U researcher Nikolaos Papanikolopoulos, Ph.D., is working to take these machines’ capabilities to new heights.

Papanikolopoulos, director of the U’s Center for Distributed Robotics and professor of computer science and engineering with the College of Science and Engineering, recently received a $1.5 million grant from the National Science Foundation to develop the world’s smallest solar-powered UAV that is capable of flying for multiple days on end. The work is based on early research supported by MnDRIVE Robotics, Sensors and Advanced Manufacturing.

The UAV’s long flight duration and small size will make it practical for a wide range of uses, including monitoring atmospheric turbulence to optimize energy production in wind turbines, harnessing precision agriculture techniques to maximize crop yield and detecting the growth of harmful algae to aid in ensuring aquatic ecosystems remain safe for recreation and as a water supply. 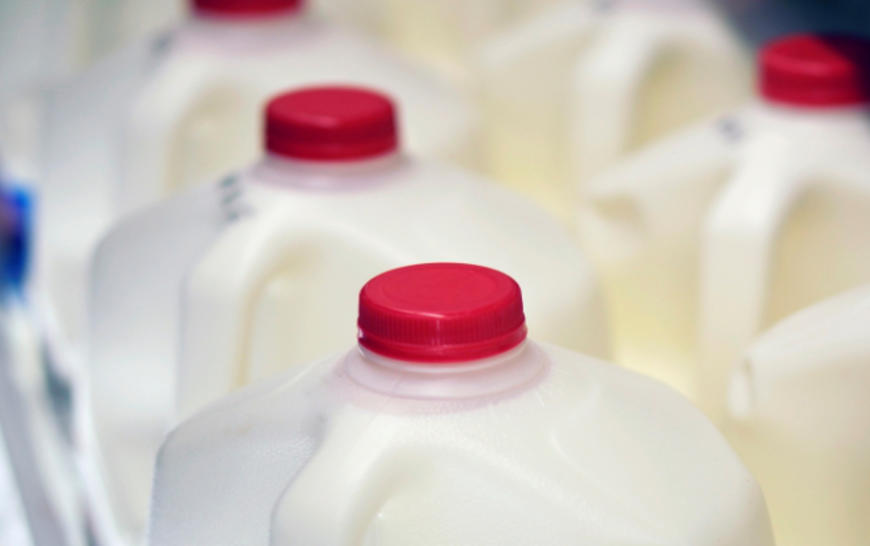 Each year, foodborne illnesses cause approximately 48 million U.S. residents to get sick, resulting in 128,000 hospitalizations and 3,000 deaths, according to the Centers for Disease Control and Prevention.

In an effort to reduce the problem, Abdennour Abbas, Ph.D., assistant professor of bioproducts and biosystems engineering with the U’s College of Food, Agricultural and Natural Resource Sciences, has developed food packaging technology that changes color to indicate when food goes bad. An indicator on a gallon of milk, for example, changes from blue to red to signal when the milk starts to spoil. The technology, which requires no specialized equipment or training to use, was funded through a MnDRIVE Global Food Ventures grant.

Through collaboration with General Mills and Schwan Food Company, Abbas’ food packaging technology has led to a new technology that allows industry to detect early signs of food contamination and spoilage. His invention is 1 million times more sensitive than previous technologies, capable of detecting even a few harmful bacteria or viruses in food. Abbas’ technology promises not only to help reduce the risk of foodborne illness, but also can cut down on food waste by alerting food industry workers to fungi and other threats that may come into play during processing or packaging, allowing those workers to immediately take action and prevent further spoiling. According to a USDA report, 31 percent of the food supply in the U.S. went uneaten in 2010, approximately a $160 billion loss. 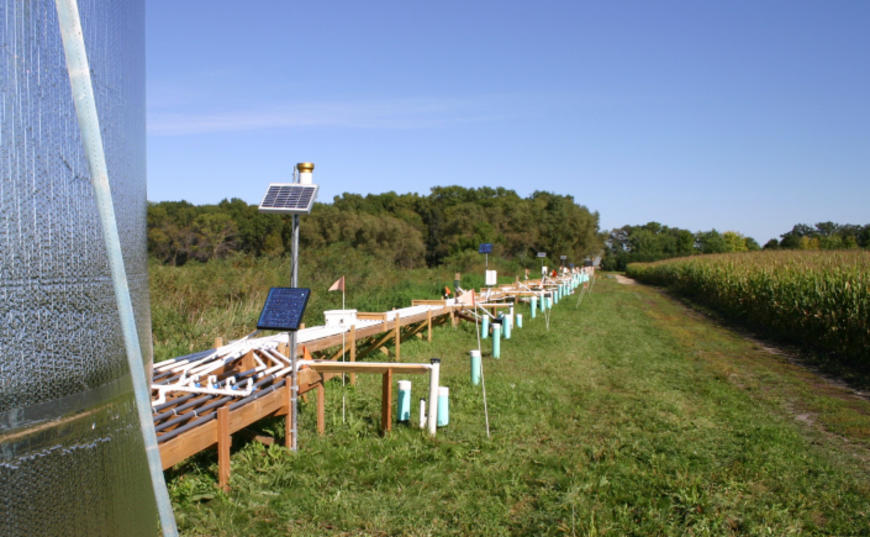 Natural Bacteria to Break Down Runoff

Some farm fields are now using woodchip bioreactors as a method for removing contaminants from agricultural runoff. This system consists of a large trench, which may be hundreds of feet long, lined with plastic and filled with woodchips that contain naturally occurring bacteria capable of breaking down agricultural residues, such as phosphorus and nitrogen. While the technique is now more commonly used than in the past, existing bioreactors can only capture about 30 percent of contaminants from the runoff water that passes through them, and the technology is not well enough understood to improve upon.

Now, U researchers are investigating the mechanisms that make a woodchip bioreactor function to understand whether it can be designed to more efficiently remove phosphorus and nitrogen from agricultural runoff. The project, supported by funding from MnDRIVE Advancing Industry, Conserving Our Environment along with $99,000 in external funding from the Minnesota Agricultural Water Resources Center, consists of separating a 350-foot bioreactor into eight replicated compartments with controlled water flow, allowing researchers to precisely test how certain variables — such as new carbon sources or different types of bacteria — affect the system’s ability to remove contaminants from the water. More effective bioreactors would result in better regional water quality.

The same technology also has potential for removing ammonia and sulfur from other operations, such as mining and aquaculture. In addition to its agricultural uses, researchers will explore whether bioreactor technology could be used to treat sulfate levels in water in Minnesota’s Iron Range. 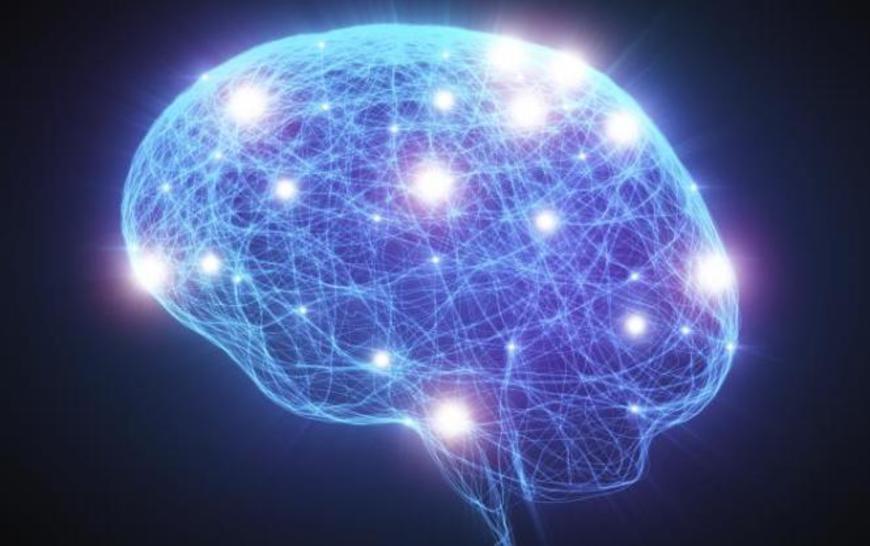 The human brain has 100 billion neurons that connect to create the circuits responsible for how we move, think and feel. Abnormal activity in those circuits can have devastating effects.

Epilepsy is a chronic brain disorder that causes recurrent seizures in 65 million people, with 500 new cases of the disease diagnosed every day and 50,000 epilepsy-related deaths every year. Current treatment options do not control seizures for 40 percent of patients, and medication therapies are often associated with negative side effects.

Esther Krook-Magnuson, Ph.D., is researching new treatments for epilepsy with support from a $747,000 National Institutes of Health grant and MnDRIVE funding. Krook-Magnuson, an assistant professor of neuroscience with the U of M Medical School and a MnDRIVE Neuromodulation Scholar, was recruited to the University through MnDRIVE Discoveries and Treatments for Brain Conditions. Her expertise focuses on the use of optogenetics — a cutting edge technique that lets researchers use light to activate or quiet specific neurons at specific times, allowing more precise control over neuron activity than ever before. By applying optogenetics and other research tools to the study of epilepsy, Krook-Magnuson will improve the scientific understanding of brain circuits important for preventing seizures, and her discoveries will establish new brain targets and therapeutic strategies to treat epilepsy. 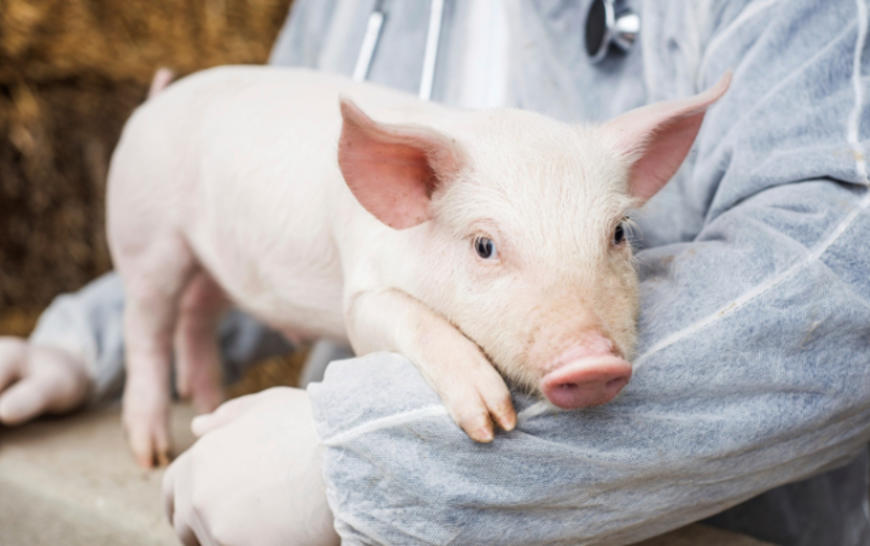 Investigating How the Flu Spreads Among Pigs

A U of M program is bringing together researchers from a variety of countries, cultural backgrounds and academic disciplines to develop and implement systems for preventing and mitigating disease. STEMMA — Science, Technology, Engineering and Mathematics for Minnesota Advancement — originated through a MnDRIVE Transdisciplinary Research Program grant led by Andres Perez, Ph.D., associate professor of veterinary population medicine with the College of Veterinary Medicine. The program focuses on a combination of research, outreach and educational activities to promote the state’s economy and protect the health of its people and livestock.

Perez’s project brought researchers from different academic backgrounds together, such as veterinary sciences, economists and public health, to form new approaches to curbing contagious animal diseases. In Minnesota, animal diseases like avian flu are a looming threat to the state’s livestock and economy. Perez and his team worked to develop faster and more accurate disease detection tool that farmers could operate through a smartphone without any specialized training, along with better modeling to predict how illness spreads among livestock and outreach efforts to educate the next generation of farmers, environmentalists and veterinary experts.

In pigs, there are many types of influenza viruses and existing vaccines do not work well, making the virus difficult to control. The STEMMA program continues to conduct research through a $500,000 Agriculture and Food Research Initiative grant from the U.S. Department of Agriculture. Led by Montserrat Torremorell, Ph.D., associate professor in veterinary population medicine with the College of Veterinary Sciences, the award will support research to understand what role piglets play in spreading influenza viruses in the U.S. Torremorell’s research will investigate whether the use of vaccines or other factors on the farm contribute to the emergence of new viruses, which can help in controlling influenza in animals and its economic impact to the economy, as well as decreasing the risk of influenza infections to people.

MnDRIVE is a landmark partnership between the University and the state of Minnesota that aligns areas of University strength with the state’s key and emerging industries to advance new discoveries that address grand challenges.