The University of Minnesota’s Crookston campus has changed a lot over the years. It began in the early 1900s as a high school focused on agriculture. A college-level technical institute opened on campus in 1965 and fully replaced the high school a few years later. Then, in 1993, UMC expanded its degree offerings to include four-year programs for the first time.

As these major transformations changed the campus over the years and reconfigured its buildings and spaces, few spaces were designed specifically for scientific research. Most labs were formed by retrofitting teaching spaces.

This fall, a new research facility changed that, introducing a space where UMC faculty, staff, and students can conduct research in analytical chemistry, microbiology, and molecular and cellular biology from start to finish. The Center for Collaborative Research (CCR), which opened in August in the Sahlstrom Conference Center, encourages new collaborations, provides better access to shared equipment, and supports much-needed laboratory space vital to faculty research.

“This is the first dedicated research space that many new faculty have had,” said Timothy Dudley, Ph.D., associate professor in UMC’s Math, Science, and Technology Department, who is now conducting research in the center. “Faculty from many different departments discussed the design, and we built the CCR specifically for research.”

The CCR will benefit research conducted not just in Dudley’s department, but also in the Agriculture and Natural Resources Department and in the nearby Northwest Research and Outreach Center. The infrastructure also sets the stage for UMC to recruit new faculty and compete for external research grants, both of which may depend on access to research spaces and instrumentation.

“It’s an important expectation for all of our new faculty at Crookston,” said Anthony Schroeder, Ph.D., assistant professor in the Math, Science, and Technology Department, who is also making use of the new center. “You don’t want to hire someone who’s not going to have what they need to be successful.”

The CCR was supported in part by funds from the 2017 Research Infrastructure Investment Program, a program administered by the U’s Office of the Vice President for Research to ensure crucial research facilities and support services that provide the robust, state-of-the-art capabilities needed to propel research forward. The UMC Chancellor’s Office provided matching funds, and previous vice chancellor Barbara Keinath was instrumental in the development of the new center. 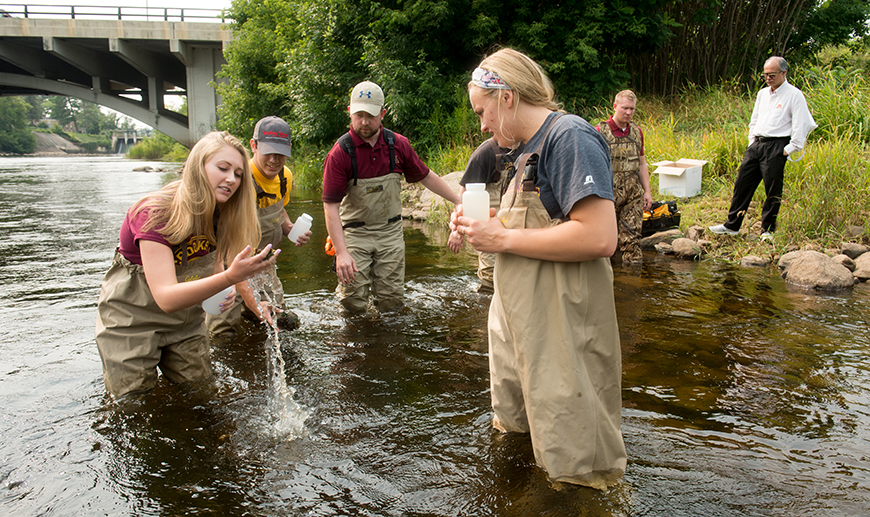 The opening of the Center for Collaborative Research was long-awaited by faculty members like Dudley and Schroeder, who are working with Associate Professor Venugopal Mukku, Ph.D., and Teaching Specialist Karl Anderson on a project that brings together biology and chemistry.

The team is currently studying freshwater sponges to better understand what they can tell us about water quality in Minnesota. Sponges are sensitive to pollution because they filter the water to feed off the particles in it, so where sponges live and what contaminants they filter out of the water could reveal a lot about contaminants in that area. The three-year project, which started in 2017 through funding from the Legislative-Citizen Commission on Minnesota Resources, is the first project to use the new CCR.

“We’re really interested in just understanding more about these animals,” Schroeder said. “What’s dictating where they are? How do contaminants affect the sponge?”

While the biologists on the team are collecting and analyzing sponges, the chemists are measuring and identifying contaminants both in the water near where the sponges were found and in the sponges themselves to get a more complete picture of their relationship to water quality. The type of contaminants they find could depend on where the sample is taken: water from agricultural areas, for example, may show more nitrates from fertilizer run-off, while waterways near mining operations may contain more heavy metals.

Along the way, the project has been buoyed by the contributions of half a dozen undergraduate researchers, along with an outpouring of support from “citizen scientists”—Minnesotans who have reached out to the researchers to notify them of sponges in their local waterways.

Ultimately, the researchers hope their findings could provide a broader understanding of water quality across the state’s streams, rivers, and lakes, and help inform efforts to keep these waters clean.

Dudley said the results of this project would have been very limited without the capabilities introduced by the new research center. And while this project is the first to use the CCR, more are undoubtedly on the way.

“Ideas are starting to surface for how to use the sophisticated equipment,” he said. “In order for collaboration to happen, we had to limit the barriers to working together. This space, and this equipment, has done that.” 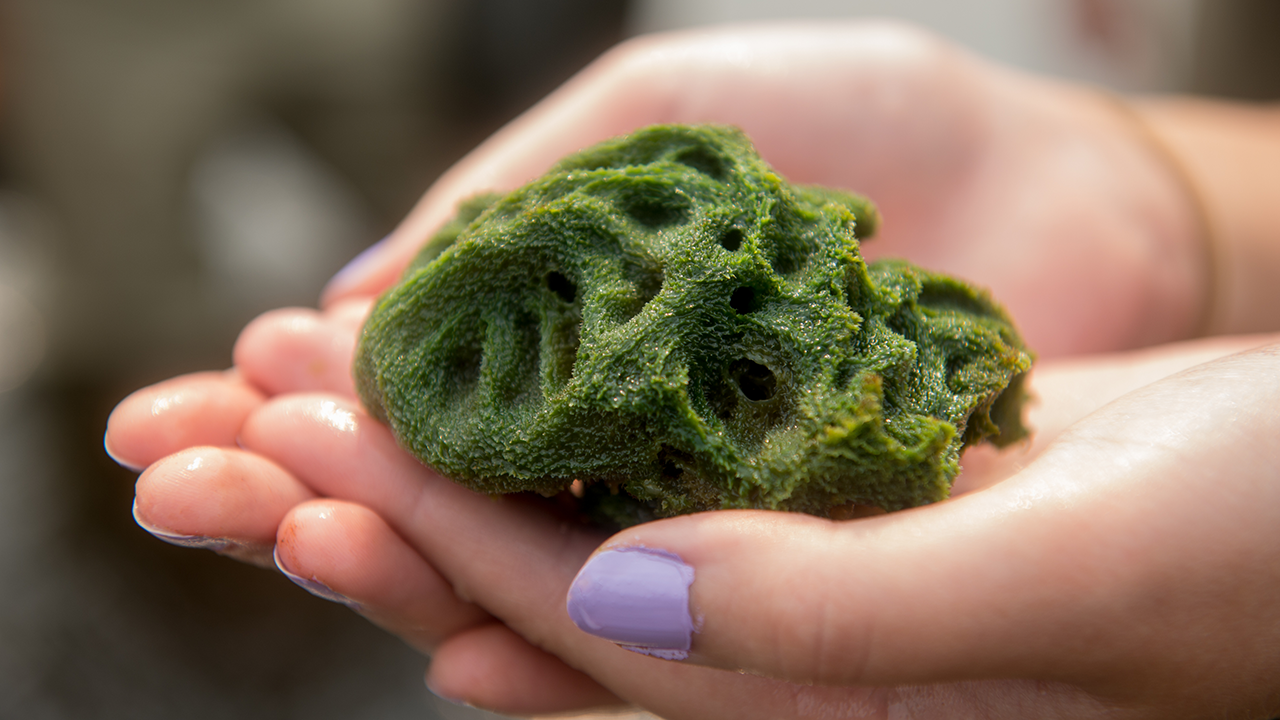 Prior to the CCR’s opening, researchers had to make use of limited research space that wasn’t originally designed to accommodate scientific research. These retrofitted areas posed some challenges, including that researchers would have to move potentially dangerous pathogens or chemicals across campus to get from one piece of research equipment to another.

The new center eliminates that issue by bringing all of the instruments together in one place, complete with a safety cabinet equipped for work in cell cultures, toxicology, and certain pathogens, like antibiotic-resistant bacteria.

As for the research equipment itself, the CCR provides a wide range of new and updated instrumentation. These include a gas chromatograph with mass spectrometer, for identifying individual chemicals in a test sample; an ion chromatography instrument, for separating, identifying, and quantifying charged particles in water samples; a rotary evaporator, for pulling solvents out of solutions; and a total organic carbon analyzer, which can be used to measure water quality and also to make sure reagents aren’t contaminated.

All of these capabilities open the door to new collaborations between disciplines, which is what the CCR is all about. As a whole, scientific research is becoming less siloed as experts in different academic fields team up to take on more complex challenges. The CCR is one way to accommodate that trend.

“Things have gone in the direction of being more collaborative—biologists, for example, have to have this relationship with chemists to bring projects full-scope,” Schroeder said. “The CCR is helping prepare Crookston to keep pace with science in the future. It’s an essential resource for us to thrive here.”

Photos: U of M Crookston