New Device May Be Key to Improving Hearing for Thousands

Implanted devices have helped people with hearing loss for many years. Most of these devices stimulate the auditory nerve associated with the cochlea, a bony inner ear structure. But these kinds of implants aren’t perfect. Their performance can degrade in noisy environments, and due to conditions that damage the auditory nerve or the cochlea, many people are unable to use them. These people require a different kind of device, one that uses electrical impulses, or neurostimulation, to stimulate responses in the brain itself rather than the cochlea.

Hubert Lim, Ph.D., assistant professor in the University of Minnesota’s Department of Biomedical Engineering has been working with two colleagues, James Patrick, D.E., senior vice president and chief scientist at Cochlear Limited in Australia and Thomas Lenarz, M.D., professor and chair of the Otolaryngology Department at Hannover Medical School in Germany, to develop such a device.

Improving upon a device originally designed by Cochlear Limited, the new device enables implanting teams to more accurately control or modulate the brain’s electrical impulses that affect hearing quality. The team is also targeting a new location in the brain – the inferior colliculus (IC), a part of the midbrain that serves as a principal auditory center for the body. The IC is structured in a way that Lim believes will improve hearing better than the previous device’s location in the brainstem, the rear part of the brain contiguous with the spinal cord. Lim hopes that not only will the hearing performance gained from this device be better than the previous one but that it will be nearing that of a cochlear implant. 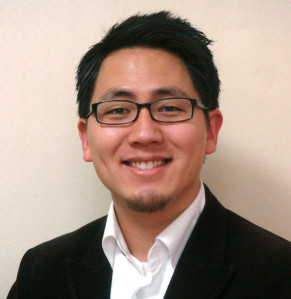 Lim, Patrick and Lenarz are preparing for a Phase 1 Clinical Trial to determine the safety of this next generation device and the procedure required for implanting it. They lead a team of clinicians and researchers at the University of Minnesota, Cochlear Limited and at Hannover, where five patients will be enrolled. The study, which is funded by the National Institutes of Health, runs through early 2019.

Lim is already looking ahead to using this device to help patients with conditions such as tinnitus or persistent ringing in the ear. He believes, based on animal studies and psychophysics in humans (the scientific study of the relation between stimulus and sensation), that this application could potentially help reduce the suffering caused by tinnitus. This won’t be the first time that researchers working to restore hearing loss through neurostimulation have branched out to other areas. Lim noted that the “auditory field has continued to play a major role in pushing this field forward.”

Thanks to funding provided by the Minnesota Legislature, MnDRIVE (Minnesota’s Discovery, Research and InnoVation Economy) is working to support research such as that being done by Dr. Lim and his academic and industry partners. Making discoveries and developing treatments related to brain conditions is just one of four MnDRIVE focus areas. Learn more.

Post by Christine Morgan, a freelance writer based in Minnesota.