The University of Minnesota has a storied history, and world-class research plays no small part. The institution’s talented researchers have developed many life-changing inventions, including the pacemaker, the retractable seat belt, and the HIV drug Ziagen.

“Ours is a history defined by risk-takers and doers, creators and discoverers—some celebrated as Nobel Laureates, Olympians, and titans of industry—but ultimately, and collectively, by those whose talent and resourcefulness have transformed our state and society for the better,” she said. “Ours is a story that will be written by our commitment to research excellence: an excellence that expands knowledge, cultivates possibility, enhances quality of life, and drives solutions.”

The photos below show a few of Gabel’s many visits to labs and offices across the University as she learns more about the University’s research enterprise. 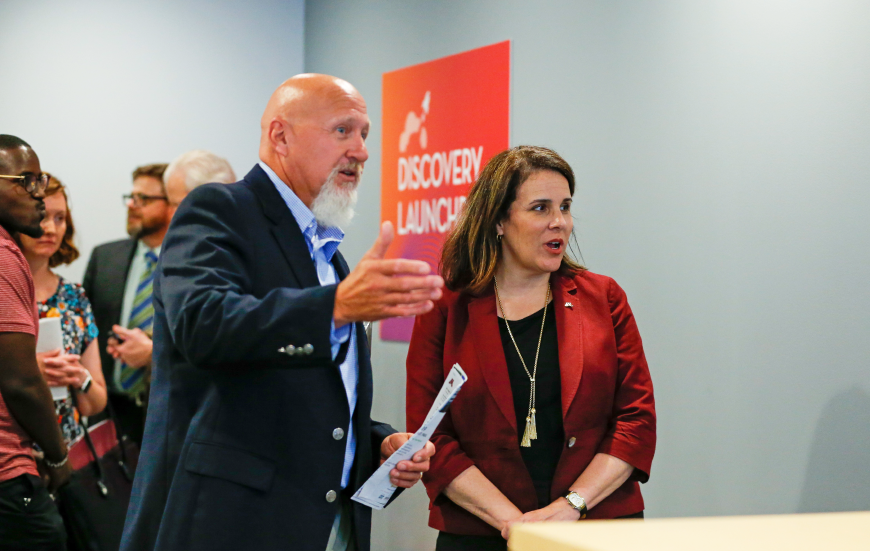 Russ Straate, associate director of the Venture Center at UMN Technology Commercialization, shows President Gabel around the Discovery Launchpad space. The incubator program started earlier this year to help startup companies based on U research succeed in bringing new technologies to market. 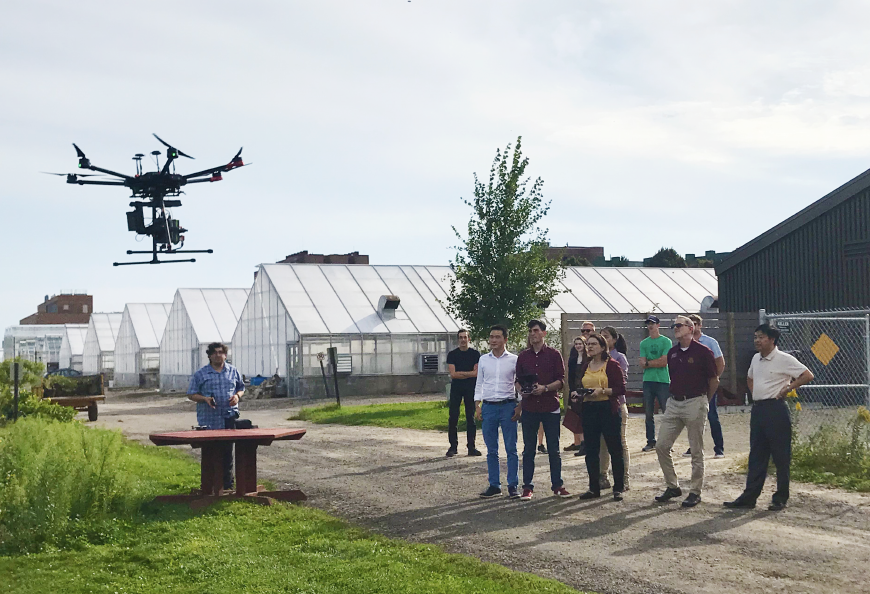 Gabel observes a drone fly nearby the greenhouses on the St. Paul campus while meeting with the Department of Bioproducts and Biosystems Engineering’s Gary Sands, PhD, professor and department head, and Ce Yang, PhD, assistant professor. 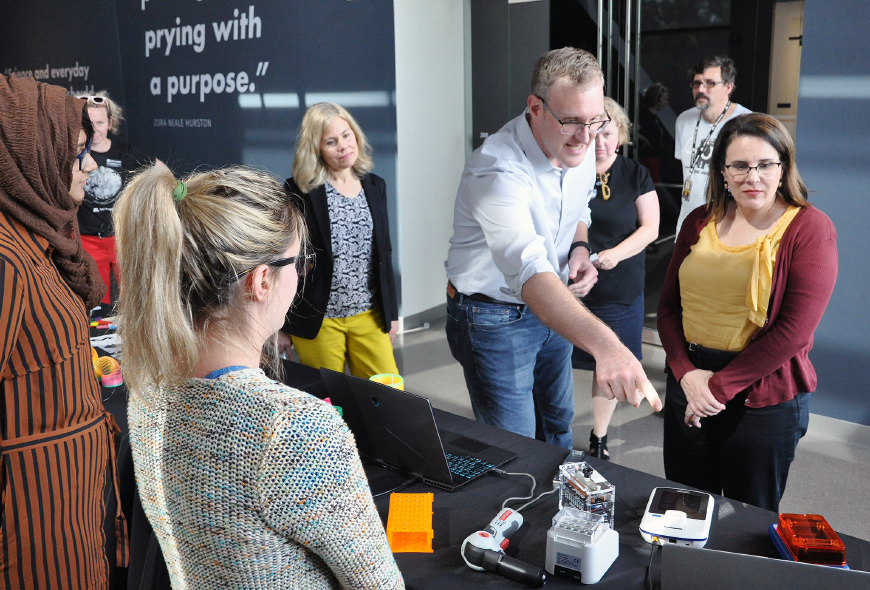 Peter Larsen, PhD, assistant professor of veterinary and biomedical sciences in the College of Veterinary Medicine, discusses diagnostics for chronic wasting disease with Gabel at the U’s Bell Museum. 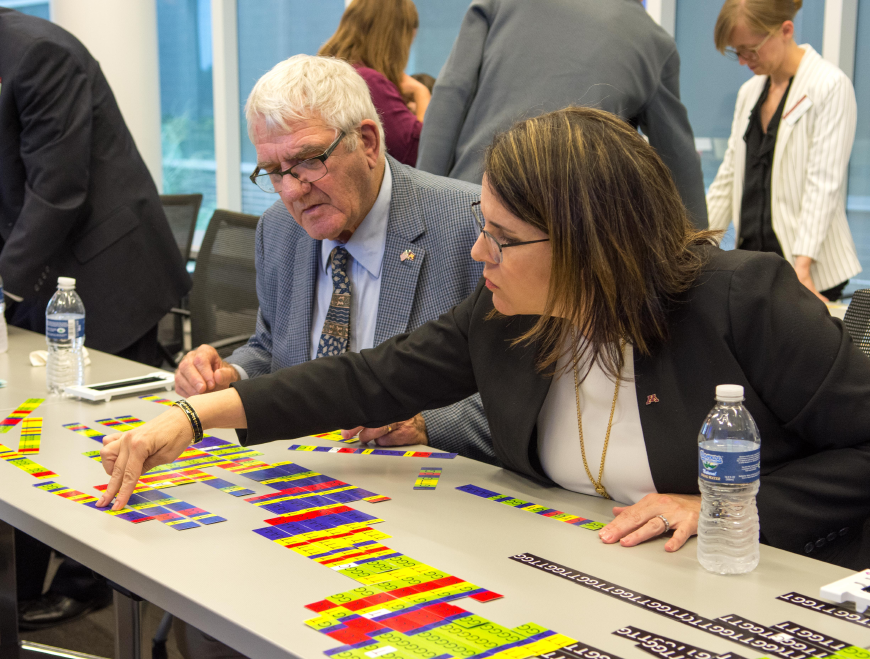 Gabel and Regent Randy Simonson work together on a tabletop game that illustrates genomics concepts as part of a visit to the U of M Genomics Center alongside other members of the U’s Board of Regents. While there, they learned about a breakthrough in the mapping of the zebra mussel genome that stands to help combat one of the biggest invasive species challenges in Minnesota.