Salamanders aren’t that common in Minnesota—you’d have to comb the whole state to find four species, according to researcher Ken Kozak. Mountains are home to most of the world’s 580 living species of salamanders, with the highest concentrations in southern Appalachia and the Mexico-to-Panama highlands.

What’s more, salamanders are so common in high-elevation forests that their total biomass often exceeds that of rodents and birds. They’re such a critical link in food webs that anything affecting salamanders could have a cascading effect on mountain ecosystems. 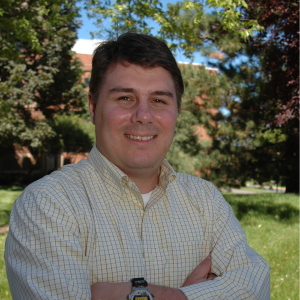 Kozak has been tracking salamanders in their mountain habitats for years. These days, he is accompanied by students up and down theslippery paths, in temperatures that range from summer to winter and back in a single day. Together they investigate why mountains are so rich in diversity and how that diversity is affected by rapidly changing climate. To do it, Kozak merges theory and approaches from evolution, ecology, and geographic information science (GIS)—an innovative synthesis with significance far beyond the mountains.

Kozak joined the University in 2007 in a dual role—assistant professor of fisheries, wildlife, and conservation biology, and curator for amphibians at the Bell Museum of Natural History. As an emerging international leader in the study of biological diversity and predicting the impact of climate change on organisms, he was named a McKnight Land-Grant Professor for 2010-12.

The particular kind of salamanders that Kozak and his teams study are lungless, the only amphibians in the world that breathe entirely through their skin. This makes them particularly sensitive to changes in climate.

Many species are so narrowly adapted to the climate at specific elevations that they aren’t likely to survive in changing climates by moving. For the salamanders, the mountains are what Kozak calls “islands in the sky.”

Research projects bring together, on one hand, the study of evolutionary trees that map the environmental conditions under which species originated and how slowly or quickly they adapt and, on the other hand, field and lab work that quantify how salamander species respond to changes in temperature and humidity.

Conducting an explicit test of how species respond to changes in climate with proper, collected field data is rare in the line of research that Kozak is conducting, according to a colleague at the University of Copenhagen.

Kozak also leads a large international collaboration of scientists in several fields that is testing whether similar processes drive diversity patterns in more types of animals and mountainous regions around the world.

With the McKnight award, Kozak plans to spend time getting data on salamander species that live in the mountains of Mexico and Central America. He’s also planning a trip to the Centre for Tropical Biodiversity and Climate Change at James Cook University in Australia, to develop his approach in collaboration with some of the world’s leaders in climate-change biology.

Kenneth Kozak, fisheries, wildlife, and conservation biology, and Bell Museum of Natural History: What can salamanders tell us about the origin and fate of the world’s biodiversity hotspots?