ApoGen Biotechnologies Inc. is developing new drug therapies that will make cancer treatments more effective. The company is based on scientific discoveries by the University of Minnesota’s Reuben Harris, Ph.D., professor of biochemistry, molecular biology and biophysics, and Daniel Harki, Ph.D., assistant professor of medicinal chemistry.

ApoGen is developing a new class of drugs that will slow the evolution of cancer cells, as well as companion diagnostics to identify the patients likely to get the most benefit from these therapies. ApoGen’s drugs block the activity of an enzyme called APOBEC, and the companion diagnostic will identify tumors with high levels of this enzyme. This technology is broadly applicable to many cancer types, including breast, lung, ovarian, bladder and head and neck cancers.

Often, cancer therapies become less effective over time as tumor cells become resistant to treatment. Building upon technologies developed at the U of M, ApoGen is developing drugs to block a key enzyme that causes drug resistance. This strategy has the potential to make both current and future treatments more effective.

“One of the main difficulties in treating cancer is that it evolves over time and develops resistance to therapy. ApoGen’s scientific cofounders discovered a primary cause of drug resistance and are now developing drugs to slow or even stop it. Our mission is to use these discoveries to break drug resistance in cancer.”  — John Santini, Ph.D., ApoGen Biotechnologies president and CEO. 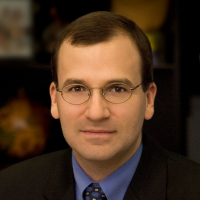 John Santini received his Ph.D. in chemical engineering from the Massachusetts Institute of Technology. He has 15 years’ experience as a life science executive and entrepreneur, leading venture-backed, early and clinical-stage medical device and pharmaceutical companies. These companies include On Demand Therapeutics, which developed a drug therapy for retinal diseases that cause vision loss, such as wet age-related macular degeneration. He also led the development of wireless, implantable drug delivery devices at MicroCHIPS Inc. Santini has more than 100 patents and patent applications and has been credited as one of Popular Science Magazine’s “Brilliant Ten” scientists and one of the Top 100 Young Innovators in the world by MIT’s Technology Review Magazine. 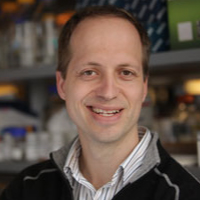 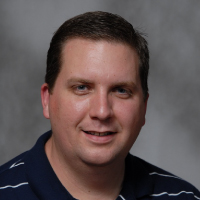 Reuben Harris and Daniel Harki, both Ph.D., are researchers with the University of Minnesota. Harris is a professor of biochemistry, molecular biology and biophysics in the College of Biological Sciences. As an expert on DNA mutation mechanisms, he discovered the role of the enzyme APOBEC in cancer development and has conducted pioneering oncology and virology work related to the enzyme. Harki is an assistant professor of medicinal chemistry in the College of Pharmacy with expertise in synthetic organic and medicinal chemistry, chemical biology and novel bioactive molecules. Using his expertise in drug discovery and development, Harki is developing a treatment that can inhibit APOBEC, making future cancer treatments more effective.

ApoGen Biotechnologies was launched in September 2014 and is located in St. Paul, Minn.
www.apogenbiotech.com

Each month Inquiry features a startup company launched by the University of Minnesota based on U of M technology. To learn more about university startups, visit the Office for Technology Commercialization.