A University of Minnesota spinout company that develops software to assess early learning skills is starting to take off.

Reflection Sciences, which launched in July 2014 and is based in St. Paul, provides training and tools for assessing children’s executive function — the skills that control attention, thoughts, actions and emotions. The company now has about 30 local, national and international customers who use its digital assessment platform, including public schools, private schools, after school programs and other universities, which use the assessment for their own research on executive function.

The company is based on technology developed by Stephanie Carlson, Ph.D., and Philip Zelazo, Ph.D., two scientists with the U’s Institute of Child Development. Their Minnesota Executive Function Scale (MEFS) forms the basis of a five-minute iPad game that tests the skills of children ages 2 to 7. The easy-to-use program serves as an inexpensive way for teachers, paraprofessionals and researchers to not only measure executive function, but to identify where and when to positively intervene to help students.

“Overall, children with stronger executive function skills are more likely to do well in school and even graduate from college compared to children who are weaker in these skills,” the authors stated.

The end goal is to ensure that students who are identified as having limited executive function receive the kind of educational support and resources they need to develop these skills early on, and ultimately, to improve their chances of academic and life success.

“What gets us up in the morning is a broad social impact — knowing we’re doing good work for teachers and students,” said Quinn Montgomery, who took over as CEO of the company on Sept. 11. “We aspire to expand the MEFS to a wide range of educators and researchers. The more young students we can assess early on, the higher the probability that teachers can successfully intervene.”

The assessment software has gained traction among early childhood educators. One of the organizations that recently began using the assessment is New Horizon Academy in Plymouth, Minn. — one of the largest private preschools in the U.S. The first Minnesota public school district to use the MEFS, St. Anthony-New Brighton School District, also introduced it this year to assist with student placement in kindergarten. The Washington State Department of Early Learning is using the MEFS to evaluate its public preschool programs. In the Netherlands, Radboud University Medical Center has put the test to use for executive function research.  And Reflection Sciences’ first customer, the Independent School Admissions Association of Greater New York, has renewed their use of the system for another year. The MEFS is available in multiple languages, including Spanish, Dutch and Mandarin.

Reflection Sciences is currently raising $1 million in funds to expand its product line. Part of that effort will include creating a version of its current iPad app that will work on Android devices, so that the system is accessible to more educators and researchers. The funding also will help the company provide classroom-based interventions, also based on research by Carlson and Zelazo, alongside their assessments to benefit students who are shown to have lower executive function. 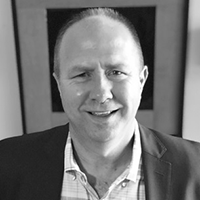 Jeff Shelstad has over 25 years of experience in the education area, consistently leading innovation at the intersection of content, curriculum, and technology. He was most recently vice president and general manager of Capella University, where he managed four of Capella’s schools and served more than 15,000 learners. Prior to joining Capella, Shelstad was founder and CEO of Flat World Knowledge, a venture-backed startup that delivered a new content model for higher education. Shelstad led the enterprise in raising $30 million in private money and grew the company to more than 40 employees and almost $6 million in annual revenue. Prior to that, he held executive positions at Pearson Education and McGraw Hill Education. Shelstad is a Minnesota native. He holds a business degree from the Carlson School of Management at the University of Minnesota and an MBA from Duke University’s Fuqua School of Business. 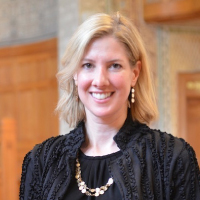 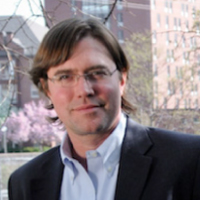 Stephanie Carlson and Philip Zelazo, researchers with the University of Minnesota’s Institute of Child Development, are international thought-leaders in the field of developmental cognitive neuroscience. Nearly 20 years ago, Dr. Zelazo catalyzed research on the development of executive function with his Dimensional Change Card Sort (DCCS) Task, upon which the Minnesota Executive Function Scale (MEFS) is built. The DCCS is now widely used in research and is included in the National Institutes of Health Toolbox, a resource for scientists. Dr. Carlson developed the MEFS (early childhood version) into a tablet game designed for convenient use with children ages 2 to 7 years. Research with over 3,000 children has shown it be reliable, valid and easily administered.

1Editor's note: The CEO of Reflection Sciences has since changed. The bottom portion of this post was updated April 18, 2018, to reflect this change.