In 1957, Earl E. Bakken, electrical engineer and cofounder of the then-nascent Medtronic, famously developed the first wearable, battery-powered pacemaker. The invention dramatically changed heart patients’ quality of life and established a foundation for the long list of medical technologies that would go on to make Medtronic the industry leader it is today.

This pivotal moment stemmed from a simple partnership, when Bakken agreed to develop a more reliable alternative to existing pacemakers for Dr. C. Walton Lillehei, Ph.D., a prolific University of Minnesota heart surgeon concerned with the devices’ tendency to shut off during power failures and endanger patients’ lives.

Academia and industry have long worked together to introduce new medical technologies to the world. Researchers at the U of M Medical School commonly partner with established companies to pave the way for new medical devices, diagnostics, and more. For some medical discoveries, however, reaching patients, care providers, and clinics comes in a different form—the launch of an entirely new company.

“It’s part of our mission and our responsibility as a land-grant university to help researchers at the U of M navigate the path from lab to market,” said Russ Straate, associate director of the Venture Center, the startup-focused arm of the U’s Office for Technology Commercialization (OTC). “In some cases, our assessment of a new technology and its market potential makes it clear that launching a startup company is the best way to do that.”

After developing a new technology, Medical School researchers next report it to life science technology experts at OTC, who help determine whether the technology is more likely to succeed if it is licensed to an existing company or brought to market through the creation of a new startup. For those with startup potential, the Venture Center will work directly with researchers to develop a commercialization plan, identify funding opportunities, and line up an experienced entrepreneur to provide business leadership for the company.

“By helping launch new companies, we’re taking the initiative to ensure new, exciting technologies have a chance to evolve into marketable products and, in doing so, achieve their full potential in benefiting human health and well-being,” Straate said.

Among the most recent startups launched by Medical School researchers is Prescix Medical. The company formed in May this year with the goal of stopping infectious diseases from spreading during procedures that use endoscopes.

Endoscopes, the fiber-optic tubes that allow doctors to see inside the body without surgery, are used in an estimated 20 million procedures every year in the United States. A cleaning process is meant to sanitize endoscopes between procedures, but antibiotic-resistant bacteria sometimes survive the cleaning—and that puts the next patient at risk.

“Working with the Office for Technology Commercialization and the Venture Center has been a very good experience,” said Devens, who now leads Prescix Medical as its CEO. “They have a deep network of people that can help get ideas off the ground and into the hands of practitioners, where they can improve people's lives.”

Devens, who had previous experience with products that ensure hospital tools are fully sterilized, said he became interested in endoscopes when he noticed they received less scrutiny than other surgical tools. That difference has led to many new, potentially deadly infections in patients.

He hopes to see Prescix Medical provide clinic staff with a tool that will ensure their endoscopes are free of harmful bacteria and give physicians confidence that their procedures will not inadvertently harm those they aim to help.

“We hope to partner with a larger medical device company that has the breadth and channels to allow us to bring this tool to the widest possible audience, so endoscopic surgery may be performed safely worldwide,” he said.

While the main point of launching a startup based on Medical School research is to help patients and care providers, forming new companies can bring many other benefits as well.

Successful startups can be a boon to the state’s economic growth, bringing in outside investment, creating high-paying jobs, and spurring economic development. The Venture Center has launched about 130 companies since its founding in 2006, and those companies have raised more than $400 million in investment capital. Three out of four are based in Minnesota.

Medical device startups stand to reinforce Minnesota’s existing strength in that industry, but technologies in less-established fields could help build new strengths for the state. For example, University gene-editing startups B-MoGen Biotechnologies and Calyxt are helping Minnesota become a center for innovative genome engineering, which can play a big role in drawing new talent and investment going forward.

“This is an example of how startups are not just bringing new technologies to market,” Straate said, “but strengthening and even shaping the industries that support our state.”

Here’s a sampling of some of the recent startups that show promise in health and medical applications.

Andamio Games creates interactive mobile courses that help educators in the science, technology, engineering, and mathematics fields teach core concepts to students through individualized learning and collaborative problem solving. Educators with no prior programming knowledge can create game-like courses and monitor their students’ progress. Both K–12 classrooms and the public have used the company’s first game, iNeuron, to learn about nervous system functions, drug interactions, mental health, and neurological disorders. 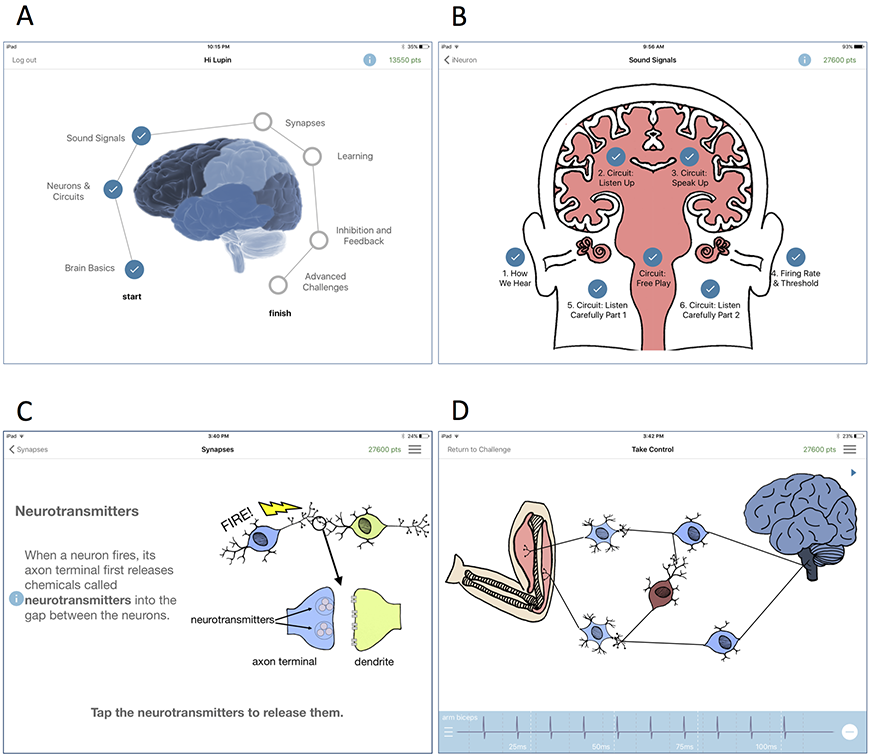 EmboMedics is developing a technology that allows doctors to intentionally block specific arteries to cut off the blood supply feeding cancer cells in that area of the body. While previous materials used for this purpose have caused chronic inflammation, EmboMedics’ microscopic beads dissolve harmlessly into the body after serving their purpose, limiting any lasting side effects. In addition to cancer, this technology could be used to treat aneurysms, bleeding, and other conditions. 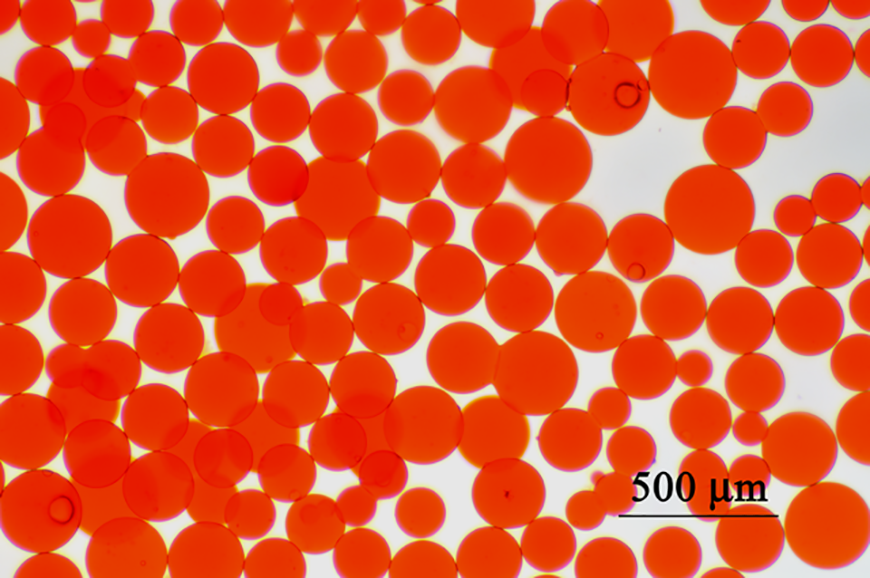 Microscopic beads developed by EmboMedics are used to cut off the blood supply to cancer cells. Photo: Embomedics.

As endoscopes, the fiber-optic tubes that let doctors see inside the body without surgery, have become useful in more procedures, they have also become more difficult to clean, raising the risk of potentially life-threatening infections spreading between patients. Prescix Medical is developing a fast, ultra-sensitive method for testing whether an endoscope has been successfully cleaned before its next use, helping hospitals eliminate the spread of antibiotic-resistant bacteria. 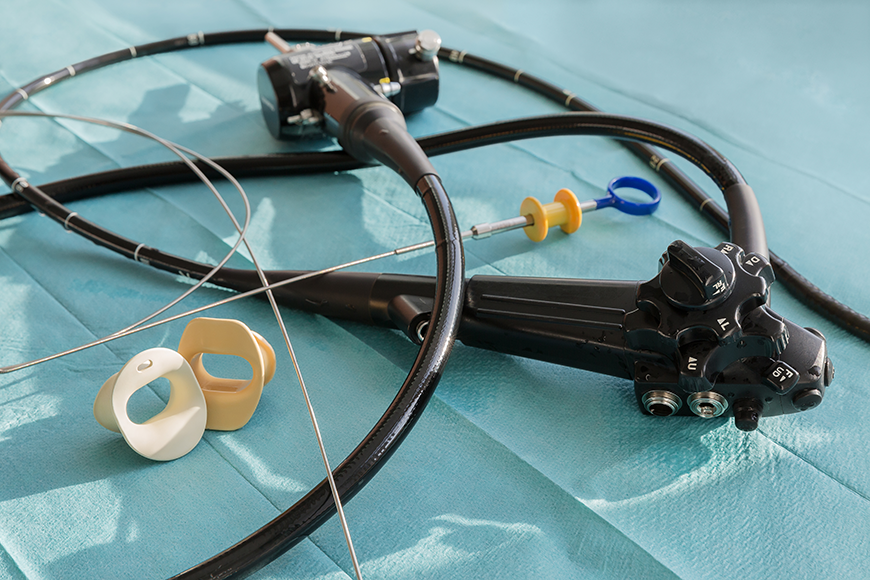 Prescix Medical is developing a method to quickly and accurately test whether endoscopes have been successfully cleaned between uses. Photo: iStock/kot63

Surgical Information Sciences Inc. uses high-resolution magnetic resonance imaging (MRI), along with machine learning and data processing techniques, to create 3-D models of patients’ brains. Using these models, neurologists and neurosurgeons can “see” each patient’s specific anatomy, allowing them to target precisely where to insert implants for deep brain stimulation (DBS) treatments. DBS, which uses electrical currents to stimulate certain parts of the brain, has been shown to reduce symptoms of Parkinson’s and other diseases.

Vascudyne is developing implantable heart valves and arteries made of living tissue that match a patient’s cardiovascular structure and can “heal” themselves to last longer inside the body. The technology could mean that young patients with defective heart valves and similar heart issues would need fewer open-heart surgeries to replace these implants as their bodies grow. 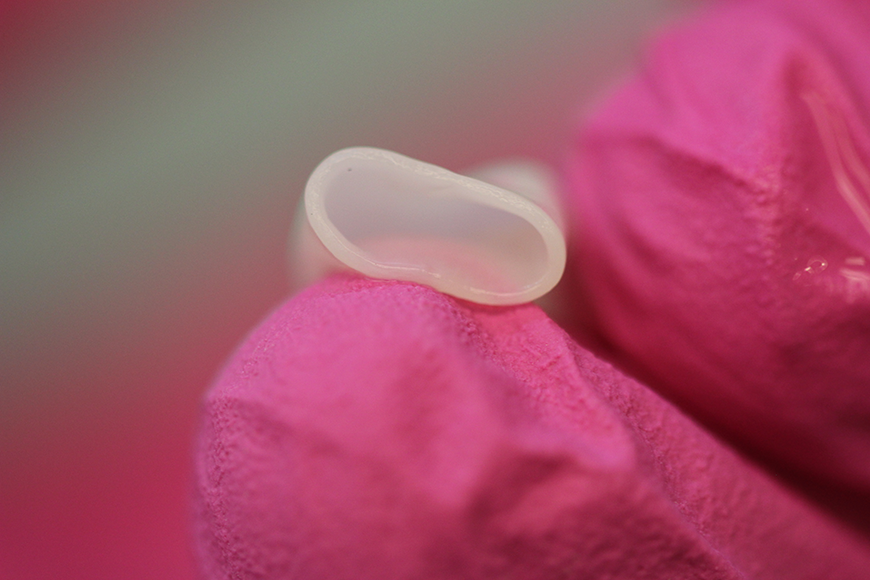 Vascudyne’s implantable heart valve is made of living tissue, allowing it to heal itself and last longer inside a patient’s body. Photo: Tranquillo Lab, U of M.

Vigilant Diagnostics is developing an ultra-sensitive diagnostic tool that can help detect and control the global spread of diseases like malaria, strep throat, and the infectious bacteria Clostridium difficile. By placing a blood or urine sample on the test strip, doctors can detect diseases in a patient in 10 minutes or less—at a fraction of the time and cost that traditional lab tests require. The technology will better equip doctors to provide individualized care to patients and prevent or minimize health crises. 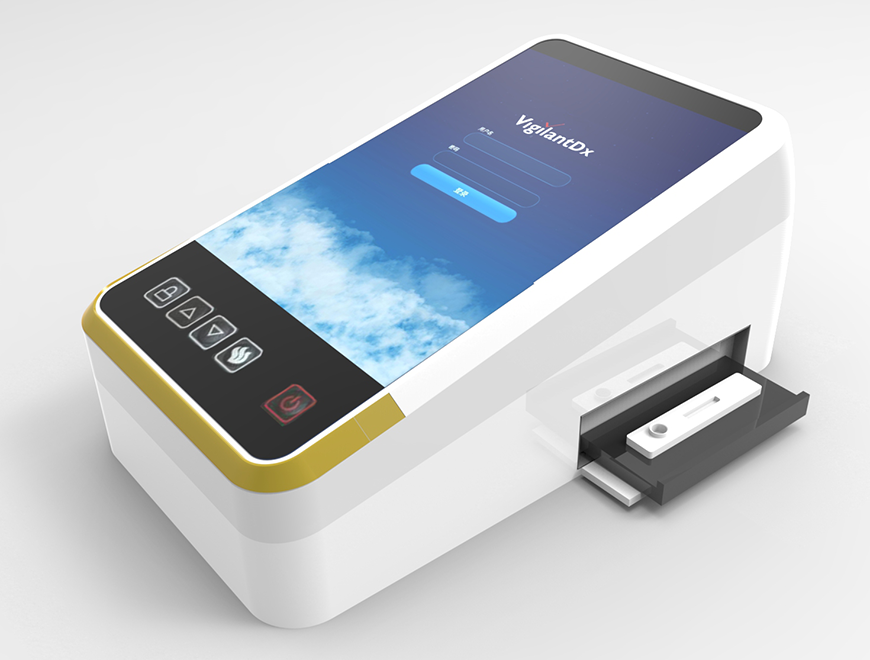