Study of Somali Children Among Top 20 in Autism Research

In April, the Interagency Autism Coordinating Committee (IACC), U.S. Department of Health and Human Services, released its top 20 picks for the most significant studies in autism research in 2013. In the top 20 was the study of the prevalence of Autism Spectrum Disorder (ASD) among Somali children, ages 7-9, in Minneapolis conducted by the University of Minnesota’s Institute on Community Integration. The study’s report, “Minneapolis Somali Autism Spectrum Disorder Prevalence Project: Community Report 2013,” summarizes the findings of this study, the largest to date to look at the number and characteristics of Somali children with ASD in any U.S. community. 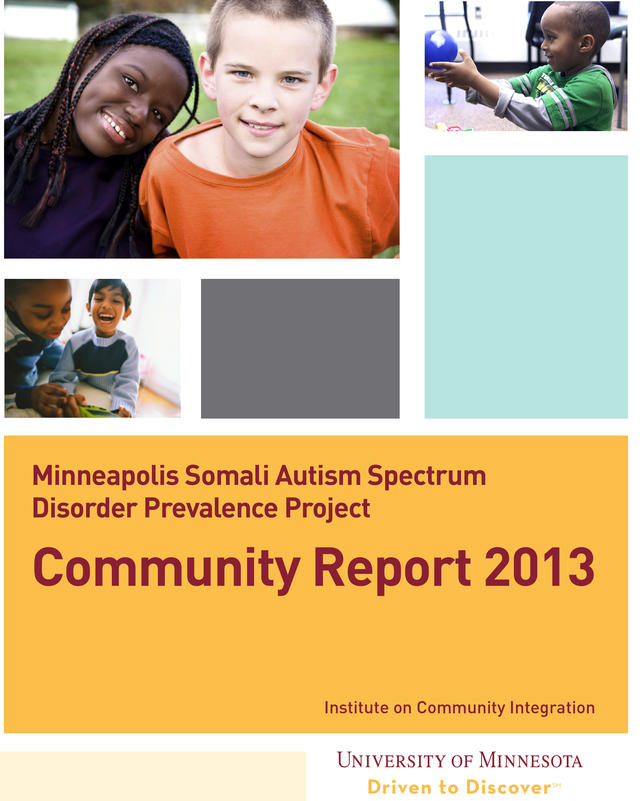 Funded by the Centers for Disease Control and Prevention, the National Institutes of Health, and Autism Speaks, and managed by the Association of University Centers on Disability, the project reviewed more than 5,000 clinical and educational records of children ages 7-9 in Minneapolis during the 2010 calendar year. The study’s findings include:

The project was not designed to determine why these differences exist, but its findings support the need for more research on why and how ASD affects Somali and non-Somali children and families differently.

In 2008, the Minnesota Department of Health, responding to the concerns of Somali parents, conducted a study to find out if Somali children were participating in special education programs for autism in Minneapolis Public Schools at a higher rate. The Institute on Community Integration project was a next step to that study.