For most people, testing out a computer system means pulling a chair up to a desk. For Brian Taylor, it means craning his neck upward and watching it soar through the skies.

That’s because Taylor and his team of aerospace researchers at the University of Minnesota’s Uninhabited Aerial Vehicle Laboratory, which also includes the contributions of about 10 graduate students and 15 undergrads at any given time, are creating the next generation of research aircraft flight control system. The lab, part of the College of Science and Engineering, is continuing development on its “Goldy” system, which serves as the brain of professional-grade UAVs (or drones) used for scientific research and allows researchers to pilot the aircraft from the ground, collect data as it flies and process that data into useful information.

The system, which originated in 2006, has garnered recognition for its use in aerospace research at government agencies like NASA and the German Aerospace Center (DLR), along with academic institutions, such as San Jose State University and components have been used in industry. As researchers continue to develop it, the system is evolving to meet the needs of new applications.

“Technology has come a long way since the Goldy system was first designed,” said Taylor, director of the UAV Lab. “We saw an opportunity to improve our design to both make the system smaller, more reliable and, above all, faster, so it can provide more meaningful data from each flight.”

Informing the Future of Flight

NASA is using the Goldy flight control system in the third version of Prandtl-D — a V-shaped glider designed to imitate how a bird flies. Prandtl will help NASA investigate a novel lift distribution, which could inform the design of more fuel-efficient commercial aircraft. Going forward, the design may also be used to build gliders that fly over the surface of Mars, gather data, and take high-resolution photos of the planet’s surface. In the past year and half, a number of U of M undergrads have worked at NASA’s Armstrong Flight Research Center on the Prandtl project.

The Goldy system will help NASA collect thorough measurements of the test flight. There are about 20 sensors onboard, which measure nearly 100 different variables between 50 and 150 times per second. The result is a huge crop of data from each test flight that NASA researchers can investigate for ways to improve the design and validate their research.

A New Tool for Precision Agriculture

The second and current version of the Goldy flight system came about as part of a MnDRIVE project where researchers address the challenge of protecting farmers’ crops from pests like the soybean aphid, an invasive species that can destroy up to 40 percent of a soybean field when left unchecked.

The project draws experts together across disciplines, combining aerospace engineering researchers like Taylor with experts in entomology and applied economics from the College of Food, Agriculture and Natural Resources Sciences. By outfitting UAVs with sensors that monitor visible and near-infrared light, the team intends to identify the specific wavelengths of light that soybeans give off when producing less chlorophyll — a key sign of damage from aphids. This information can help farmers make informed decisions on exactly when and where to apply pesticides.

To make the Goldy system work for this purpose, researchers saw the need for a faster onboard computer and better sensors, all streamlined into a smaller overall size. They set to work developing the new system’s high-level software — the software that controls the mechanisms that designate an aircraft’s flight path, keep it from crashing and allow it to be remotely piloted from controls on the ground.

Meanwhile, the group partnered with Sentera, a Minneapolis-based drone manufacturer, to design the software that allows the system’s internal computer to communicate with its sensors and other hardware, along with the modern electronics and a circuit board layout for the flight control system.

“When flying over a farmer’s field, this UAV needs to not only take images of the near-infrared light, but also to stitch them together so they can be analyzed right away,” said Curt Olson, a research fellow with the UAV Lab who is also involved in the project. “Eventually, we hope to automate the system so farmers can run it at the push of a button and gather actionable information about their crops, with no training required.” 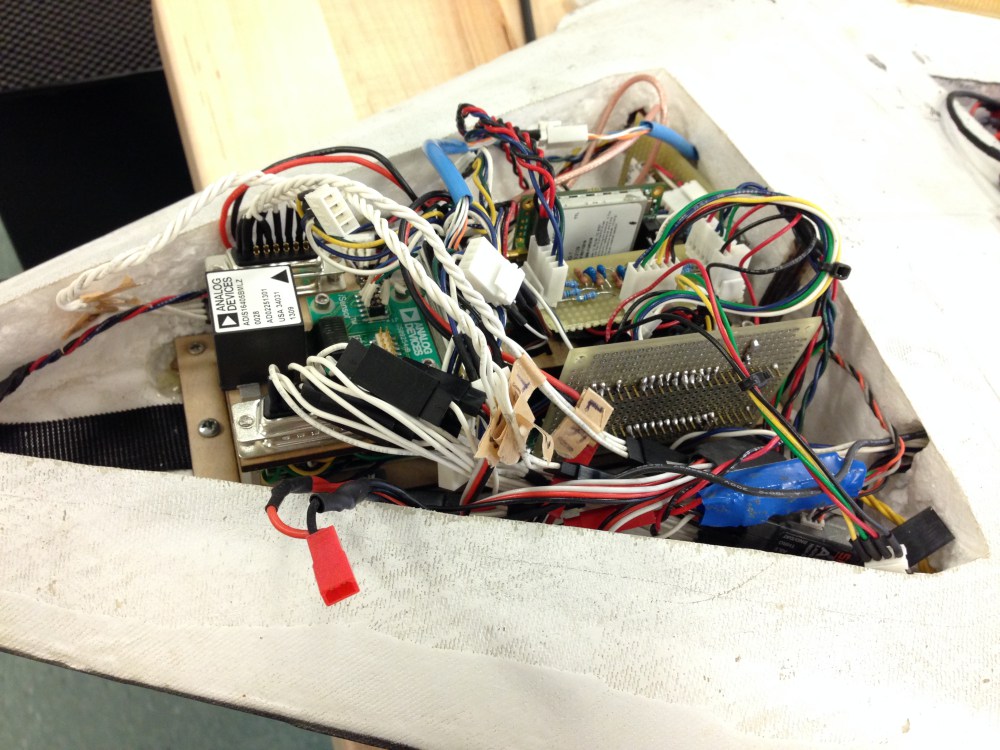 The original Goldy system, shown in the body of a UAV called “Hati.” 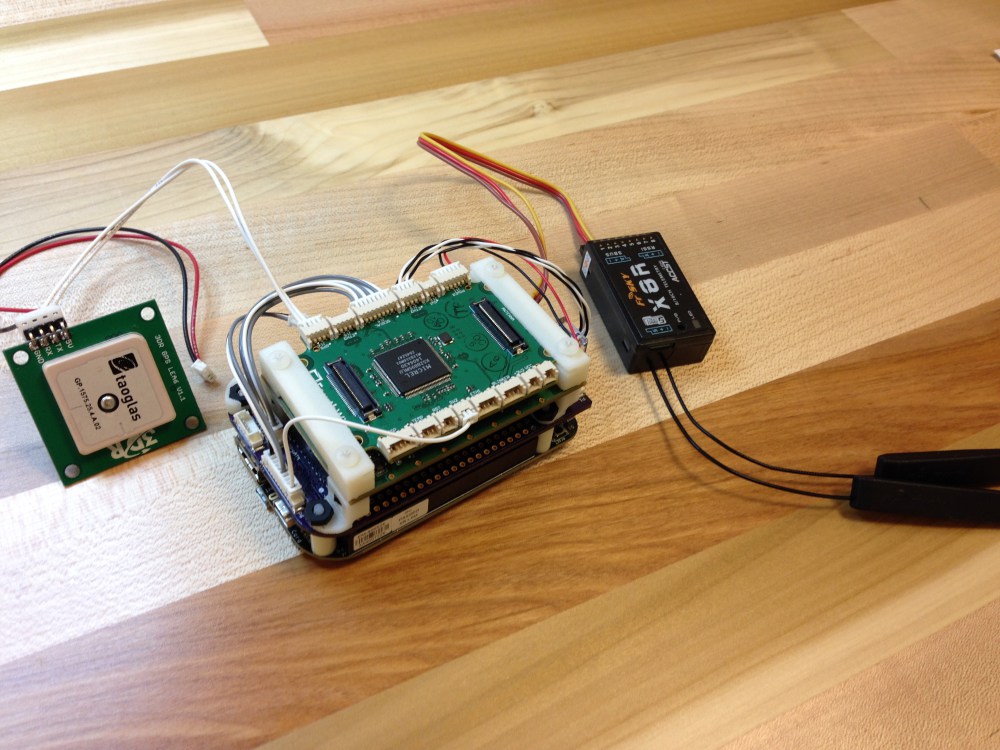 The new and improved Goldy flight system is smaller and more powerful than its predecessor. 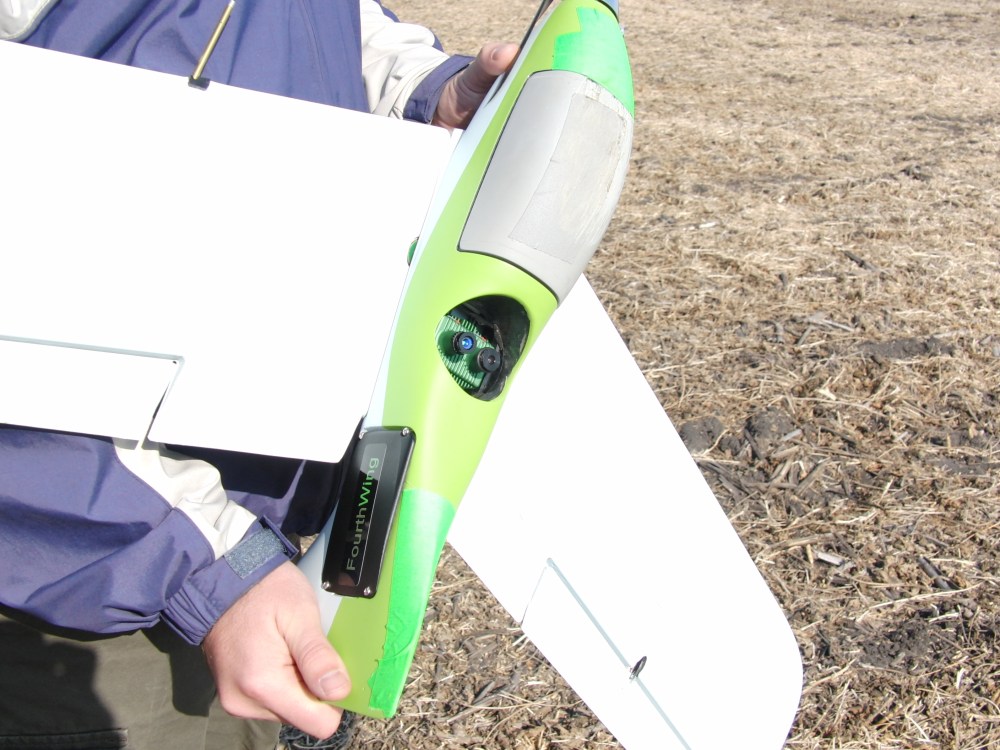 The UAV Lab tests its Goldy system for precision agriculture, monitoring the health of crops from high above. 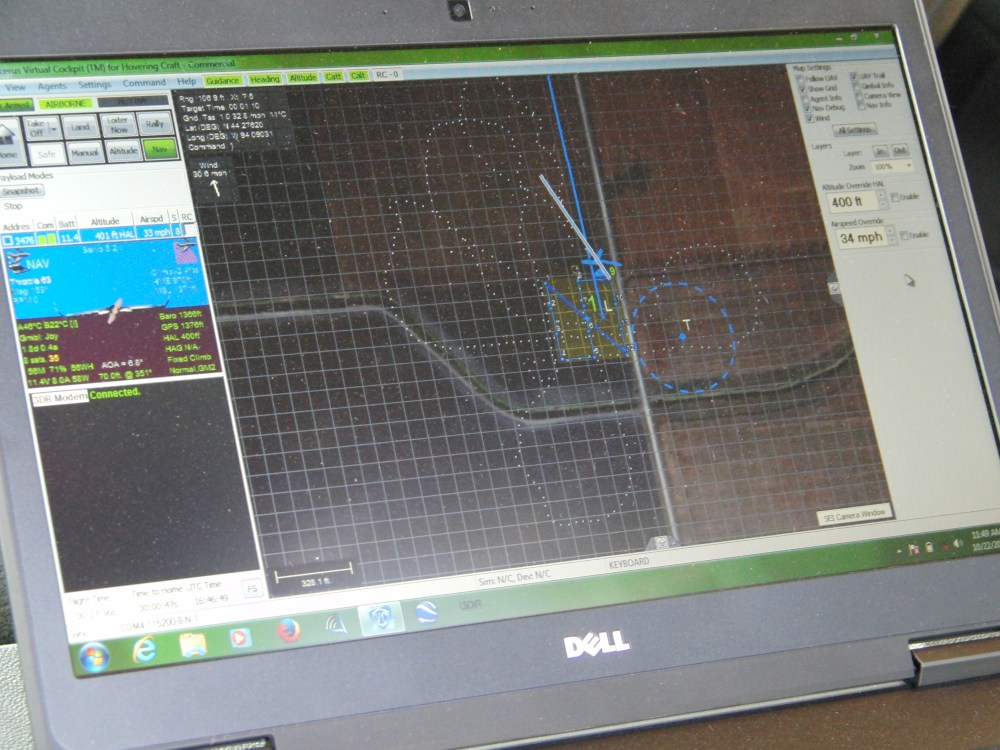 While the UAV is in flight, the Goldy system’s software can chart its path.

As researchers continue to improve the Goldy system, they hope other organizations and companies will incorporate the open source hardware and software into their own UAVs. The current version of the system is more accessible, modular and powerful than the original version, Taylor said, meaning it is better suited for a wide variety of applications.

“In the past, aircraft have reacted to sensor data using more simplistic, if-then actions,” Taylor said. “Our system considers the data more comprehensively, looks at many possibilities and automatically figures out the optimal approach for higher fuel efficiency and safer flight.”