General Probiotics: The Path from Academic Innovation to Agricultural Startup

“Timing has been really good for us,” said founder Yiannis Kaznessis. “Farmers and producers have been using antibiotics to raise healthy animals, but when you use a lot of antibiotics, bacteria develop resistance. The more you pressure bacteria with antibiotics, the more the bacteria will try to escape, rendering the antibiotic less effective.”

The problem of antibiotic resistance has led consumer advocates and regulators to push for reduced antibiotic use in agriculture, leaving space in the market for the type of technology developed by General Probiotics. The company’s innovative approach was recognized in May 2022 by the US Small Business Administration’s Office of Investment and Innovation, which included General Probiotics in the America’s Seed Fund Startup Expo.

From Academia to Entrepreneurship

Before launching General Probiotics, Kaznessis joined the University of Minnesota’s chemical engineering department in 2001, bringing experience in drug discovery and design from three years at the pharmaceutical company Pfizer. At the University, he built a group of more than 30 doctoral and post-doc researchers and discovered a number of microbiotics technologies with funding from the National Science Foundation and the National Institutes of Health and collaborations with UMN Medical School, the Mayo Clinic, and other medical schools around the country.

“This work serendipitously aligned with the opportunity to get state funding to work in animal health. Minnesota is a top producer of turkey meat in the country, and we were able to show that our technology lowered salmonella in turkeys, which helped us realize we had a product with market value,” he said.

Working with UMN Technology Commercialization, which introduced him to attorneys who specialized in intellectual property and incorporation, Kaznessis launched the company as a paper entity in 2014. He then secured partnerships with two major animal health companies, including Elanco, who learned about the technology at a conference presentation, and raised funds through the NSF and USDA, which enabled him to hire former students as employees and start working for the company full-time in 2017. He also credits the independent University Enterprise Laboratories for services such as a mailbox and garage space and for later providing expanded laboratory and office space.

In 2018, Kaznessis left academia to focus solely on General Probiotics. “I found it really attractive to take an idea from the early stages of research and discovery through development to commercializing an idea that offers value for consumers. The process has been very gratifying.”

General Probiotics has continued to grow by raising funds, receiving $3 million in non-dilutive resources, including earning more than $2.5 million in Small Business Innovation Research (SBIR) Phase I and II grants, which helped Kaznessis recruit top microbiology and chemical engineering students to his company. The FDA has deemed General Probiotics’ technology innovative and has waived part of the fees that corporations pay the agency to review their products, saving the company thousands of dollars annually. Kaznessis has also built partnerships with some of the biggest animal health companies to continue developing manufacturing and partnered with many major poultry producers in the United States, including Tyson Foods and Perdue Farms. 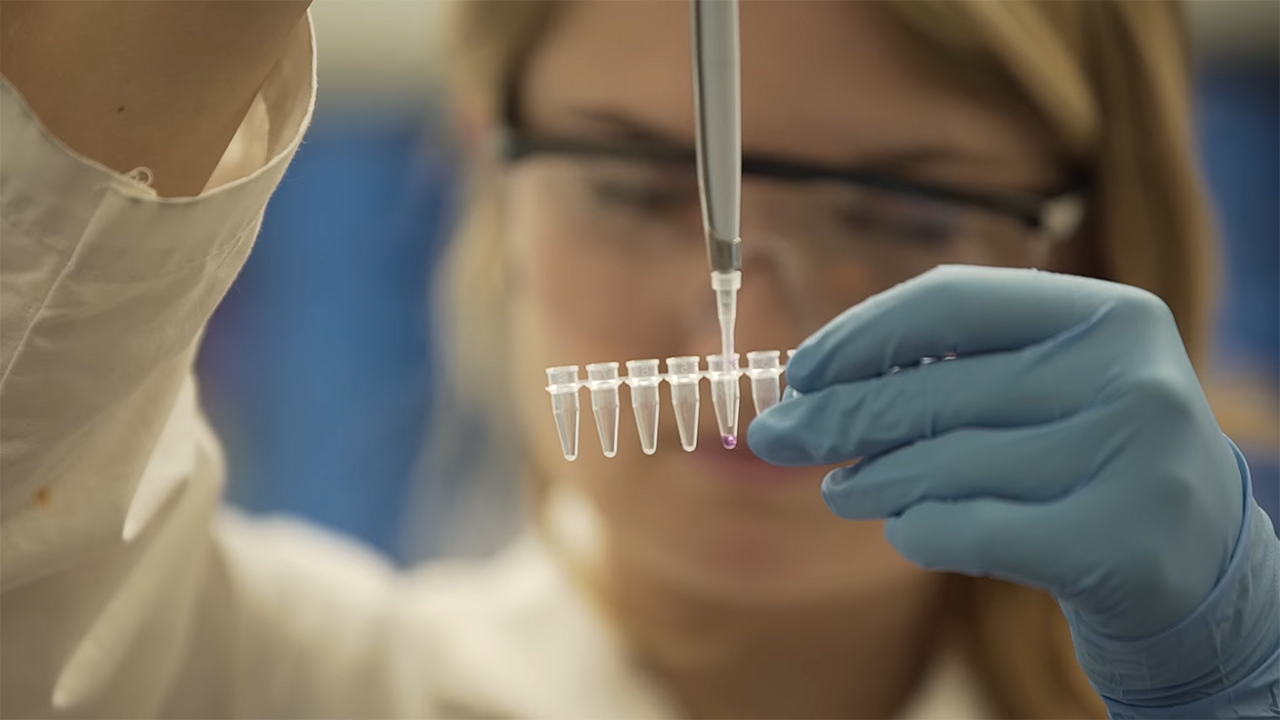 General Probiotics hopes to secure FDA approval and registration of General Probiotics’ recombinant antimicrobial live therapeutic in the US in the next year and a half, a major breakthrough that would mark the first time a probiotics-based technology in this country has earned FDA registration. The company is also working to raise funds from venture capital firms in order to scale up production to be able to administer its probiotics to millions of birds. Long term, the company seeks to work with poultry producers around the world, a market of approximately 80 billion birds annually.

When asked if he had advice for other researchers looking to start their own business, Kaznessis grabbed a large stack of business cards. “This isn’t even half of them,” he said. “To be successful in a startup, academics have to get out of their labs and talk to people. Academics confuse importance with value, but to make money, they have to find out how their technology can help potential customers. Go to major professional expos, be curious and humble, and validate the technology with actual customers.”