Nearly 200 online attendees from across the Twin Cities and the Midwest participated in the 5th Annual Women Innovators Conference, a professional development summit designed to help women innovators connect the dots between their ideas and achieving a positive, significant impact. The conference is hosted by MIN-Corps, an initiative  of the Holmes Center for Entrepreneurship in the Carlson School, Technology Commercialization, and the College of Science and Engineering.

This year's event, held Monday, November 16, focused on "inclusive innovation" and featured Angelique Johnson, Ph.D., founder and CEO of neurostimulator startup MEMStim, as the opening keynote speaker. Johnson shared her journey from being a research scientist at the University of Michigan, where she acquired several national and international patents, to becoming a successful entrepreneur. On being a woman CEO of a startup company she said, "People are always looking for something unique, something different. So, a woman innovator is different because they're not always recognized or seen. That can be an advantage."

The closing keynote speaker was Jayshree Seth, Ph.D., corporate scientist, who holds 70 patents and was recently named the first chief science advocate at 3M. She inspired the audience to take action to claim the importance of science in people’s daily lives.

The conference included two breakout sessions, one of which, "Idea to Impact: Innovators Share Their Journeys," featured presentations by three women-led UMN startup companies—Daynamica (Yingling Fan), BlueCube Bio* (Rui Li), and Roundtable Rx (Rowan Mahon). All of the women noted the significance UMN entrepreneurship programs, such as the Discovery Launchpad (in the Tech Comm Venture Center) and MIN-Corps, have played in helping them turn their inventions into marketable products and launch businesses based on those technologies. 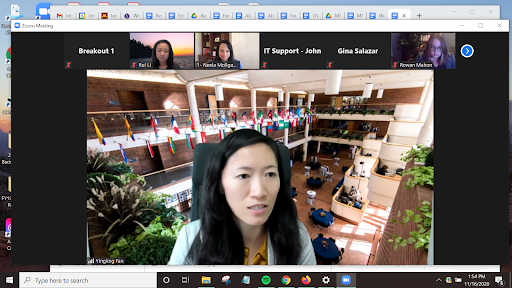 Yingling Fan noted, "We tend to focus on what we could do as academics. When you transition to the entrepreneurial phase, it's important to to focus on what you should do from a business development perspective."

Rui Li expressed the value of thinking creatively and pursuing a variety of strategies when solving problems. One of BlueCube Bio's challenges has been how to approach being a "disruptive" technology in a field (cryopreservation) that has had very minimal change. Initially, Li and her colleagues tried to convince their potential customers that their approach was better, but experienced some resistance. 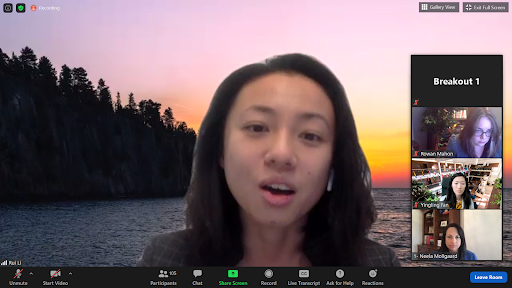 "You can waste a lot of time trying to change someone's mind when they're not ready," said Li. "Instead, we decided to focus energy on thought leaders that can help us influence more people and customers to try something that's new, and mostly likely, uncomfortable to deal with."

All three of the panelists spoke to barriers they've faced being women inventors, from not being taken seriously by potential business partners to having male colleagues take the lead in presentations. Rowan Mahon's advice? 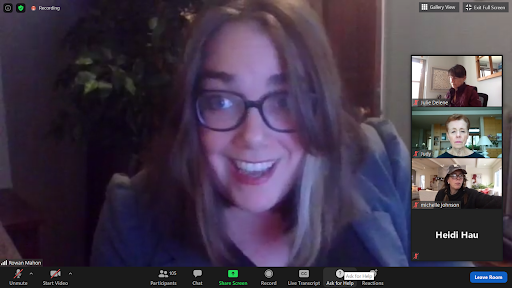 "Perseverance and hard work is key. Just keep doing more and more of the work until you are the expert in understanding the topic. Eventually, you will know more about it than anyone else, and people will come back to you in the end."

Mary MacCarthy and Allison Ferro, from UMN Technology Commercialization, were commenters on the Idea to Impact panel, which was moderated by Neela Molgaard from Launch MN, a program of Minnesota Department of Employment and Economic Development (DEED). 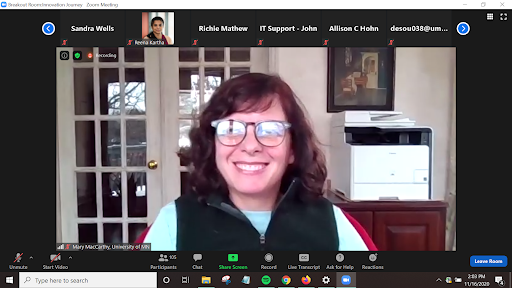 MacCarthy expressed how happy she was with the progress of these startups, and pleased that the support network her team has been helping to develop is paying off.

"We're super proud of these three."

*BlueCube Bio changed their name to EviaBio in December 2021