Researchers and inventors from the Minneapolis Veterans Affairs’ (VA) Minneapolis Adaptive Design & Engineering (MADE) Program today showcased medical devices they have developed for veterans who are undergoing physical rehabilitation or have physical disabilities.

The devices were developed by the research team at VA-MADE, led by Andrew Hansen, PhD, and Gary Goldish, MD, who hold appointments both at the Minneapolis VA Health Care System and the University of Minnesota Medical School. The U of M and the Minneapolis VA have been formally affiliated since 1946—almost 75 years—with the VA serving one of the Medical School’s major teaching hospitals.

(L) Chris Olney, PhD, RN, holds the SkinSyte, a self-monitoring health device especially for those with sensory loss, and the M-PAC, an exercise machine designed to counteract the negative effects of prolonged bedrest. (R) Dr. Gary Goldish demonstrates an ergonomic wheelchair that has improved mechanics and ease of exit.

The event, organized by UMN Technology Commercialization and cosponsored by Bunker Labs, was intended to bring awareness to the significant adaptive technologies being developed at the VA and to connect VA-MADE designers with potential industry partners and investors with whom Technology Commercialization has regular contact. The 50 or so event attendees at the Discovery Nexus in the McNamara Alumni Center also provided valuable feedback on the potential markets and regulatory and insurance reimbursement issues for the five technologies the VA designers presented.

The five technologies displayed at the event were:

For his part, Vice President for Research Chris Cramer, an army veteran who introduced the event, was excited at the usefulness of these technologies for veterans and beyond. 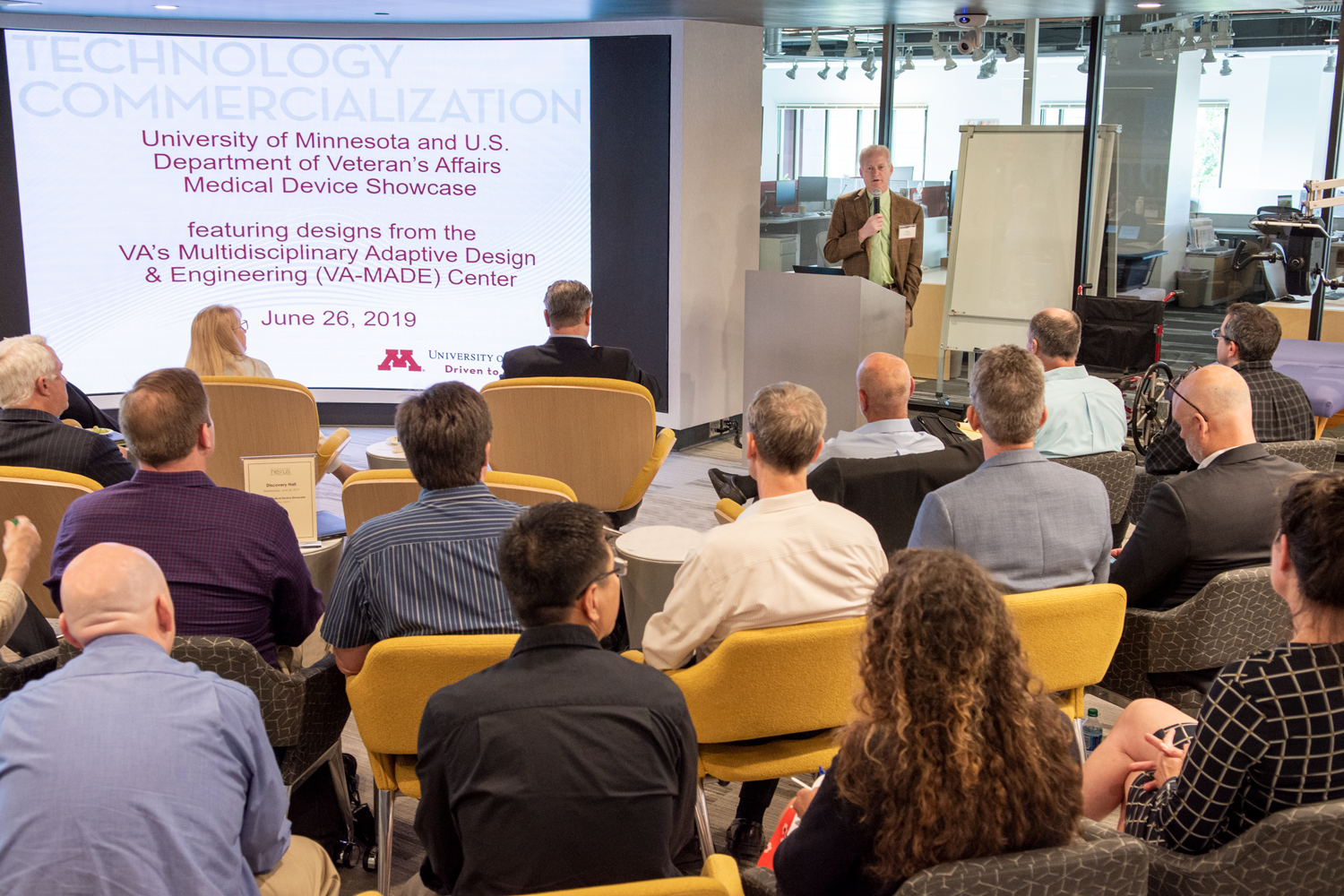 “Things that benefit veterans often benefit a much wider class as well, because the things that affect veterans can affect the broader population,” he told KARE-11 at the event, giving the examples of pain management and physical rehabilitation.