As a major research university, the University of Minnesota advances knowledge across a wide range of fields, yielding new solutions and technologies that can then be commercialized for the benefit of the public.

In fiscal year 2021, the University’s technology transfer activities saw continued success in licensing relevant research to companies for the development of new products and services that benefit the public good, foster economic growth, and generate revenue to further support its mission. The University signed 236 new licensing deals (one more than the previous year) and ended the year with 575 current revenue-generating agreements.

Some of those new licenses were with startup companies. UMN Technology Commercialization’s Venture Center launched a record 20 startup companies, with 14 based in Minnesota. These startups include Exergi Predictive, which uses a data analytics system to improve the fuel and electric efficiency of hybrid electric trucks used in commercial applications. The University has set a goal to launch 25 startups per year by fiscal year 2025 as part of MPact 2025, its systemwide strategic plan.

In total, the Venture Center has launched more than 200 startups since 2006, bringing innovations to industries crucial to Minnesota, such as medical technology, life sciences, food and agriculture, and natural resources. These startups have a success rate of 75 percent, well above the national average, and have attracted more than $1.15 billion in investment, from 2006 to 2019. Nine of them have been acquired or gone public since 2017. 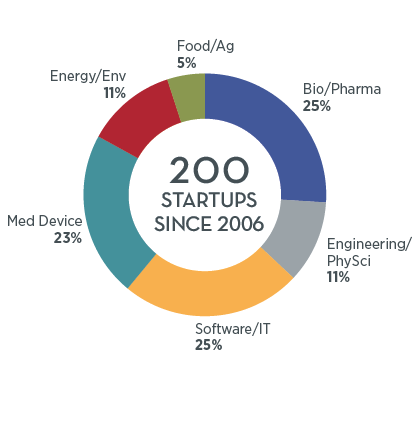 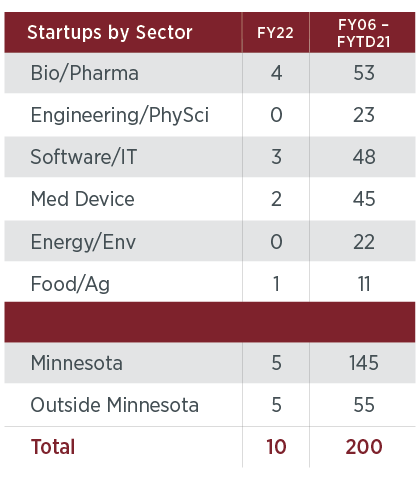 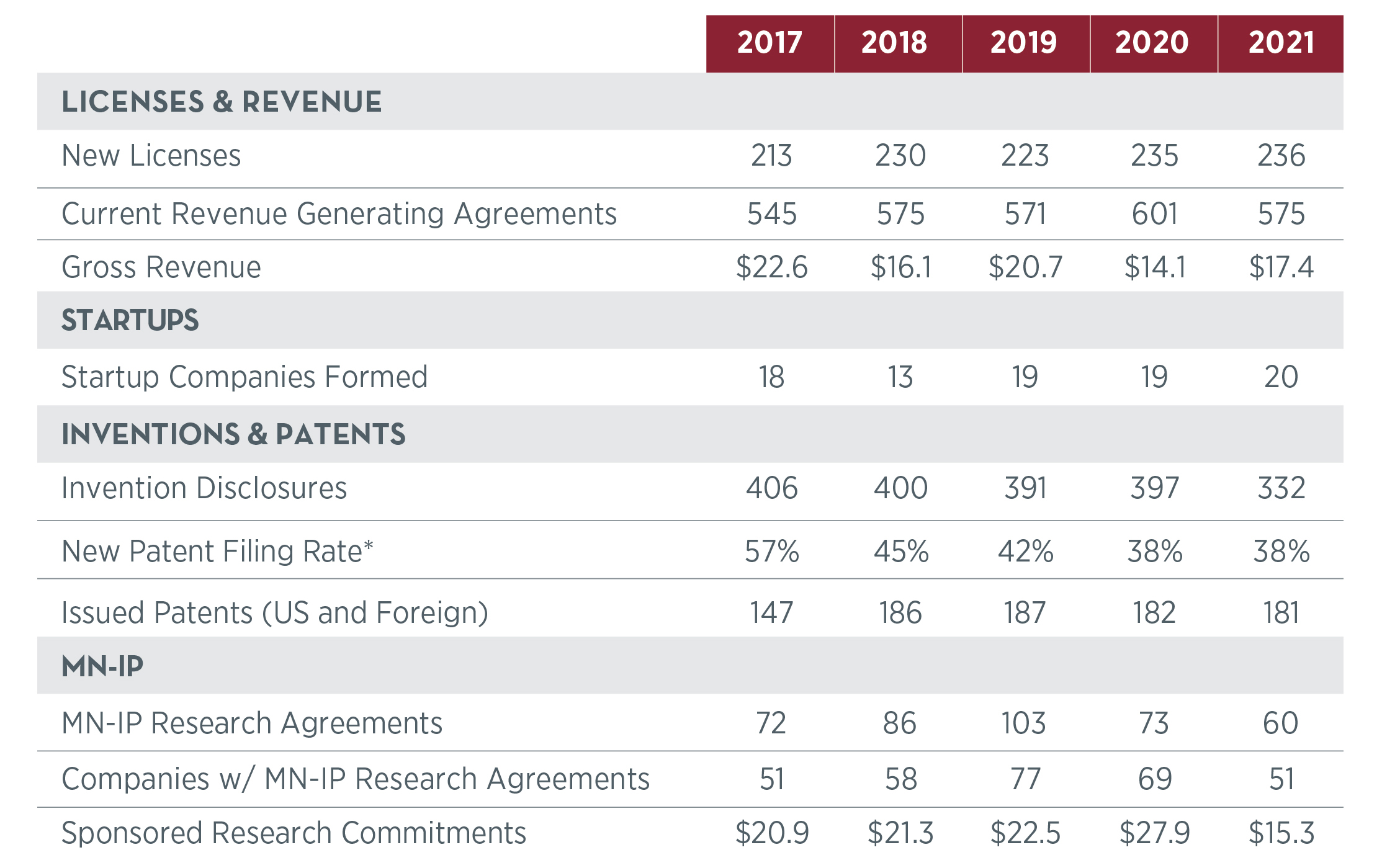 The University’s technology transfer work has been recognized for its excellence in national and global rankings:

Learn more about the University's research enterprise as a whole.