At 140 sites in 26 countries across the globe, researchers are working to understand how human activities are changing grassland ecosystems.

This collaborative effort, led by faculty in the University of Minnesota’s College of Biological Sciences (CBS), is known as the Nutrient Network (or “NutNet” for short). When it started in 2007, the project became the world’s first globally coordinated experiment to measure the effects on ecological systems of nitrogen coming into ecosystems from agriculture and fossil fuel combustion. As it continues, its findings can help scientists predict how human activities will alter natural ecosystems around the world.

At UMN, NutNet occupies part of the expansive Cedar Creek Ecosystem Science Reserve, a CBS field station about 45 minutes north of the Twin Cities that contains ecosystems and species found throughout the forests and grasslands of North America.

Elizabeth Borer, PhD, cofounder of NutNet and professor in the Department of Ecology, Evolution, and Behavior in CBS, said the project was designed to understand whether findings at one site held true elsewhere in the world.

“A lot of work has been done at Cedar Creek that shows us that the biology can agree with mathematical predictions, but we don’t know whether this is special to Cedar Creek or under what conditions we will see those same effects,” Borer said. “We’re able to leverage this experiment to ask and answer questions about generality.”

At each NutNet site, scientists replicate the exact field setup. They use the same type of fencing to change how much access grazing animals have to the experimental plots and add controlled amounts of different types of nutrient fertilizers through a standardized method. By requiring consistency between sites, the researchers can ensure their results aren’t accidentally caused by differences in methodology.

“With exactly the same treatment, we’re now able to understand the relative response of the biology,” Borer said, noting the project’s data set includes over 3,000 herbaceous plant species. “We can start to ask under what conditions we see stronger or weaker responses to herbivores, to fertilization.”

As one example, Borer said the project has explored the theoretical idea that removing herbivores from a plot would lead to a decline in the number of plant species present. Around the world, the experiment did demonstrate that loss of species—but it also revealed that it’s primarily the native species in an ecosystem that are lost, while nonnative species survive. The next step, she said, is to understand more about why this is the case.

Apart from advancing our understanding of ecosystem change, the project also provides a valuable opportunity to students. Since 2018, nearly 1,500 undergraduates in CBS courses have worked on the NutNet project or analyzed data from it, and the research team is working to further integrate such research opportunities into CBS courses. Hands-on research work—whether dealing with the structure and function of the plants or the data collected from the plots—allows students to not only gain experience for their future careers, but to learn in a more robust way than a lecture setting alone could provide. Undergraduate research is something CBS prioritizes as part of its approach to active learning.

About 500 students from other institutions around the world have also gained hands-on experience with NutNet data analyses and field research as part of an ongoing, multi-institution project that studies whether and how research activities like this increase students’ interest and engagement in STEM topics—science, technology, engineering, and math. 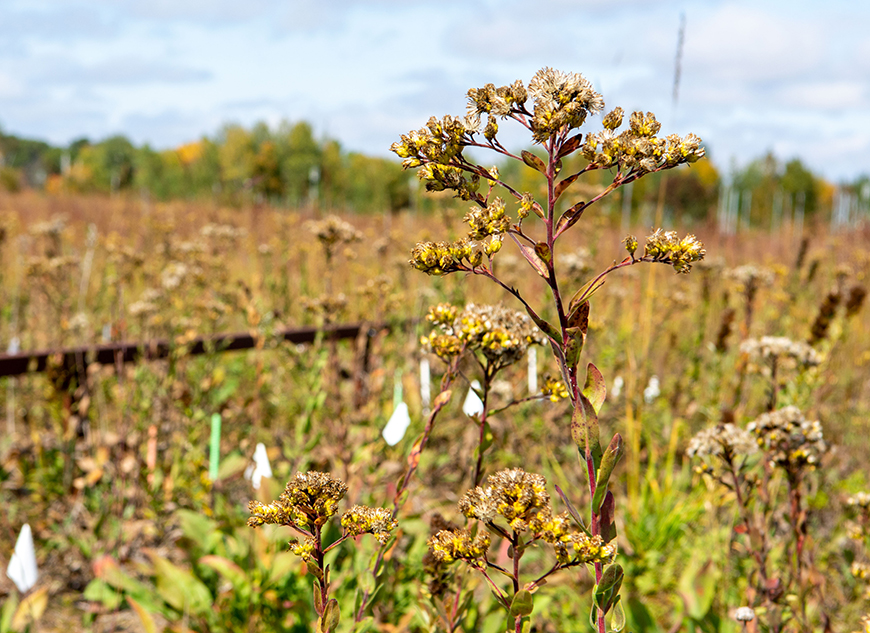 Tracking the way ecosystems are changing isn’t just a central theme in Borer’s work with the Nutrient Network. A similar thread runs throughout the many long-term ecological research projects covering the 5,500 acres at Cedar Creek. These projects are collectively helping to piece together the larger puzzle of how human activities result in such effects as nitrogen deposition, elevated carbon dioxide levels, warming average temperatures, changes in precipitation, invasions from exotic species, and biodiversity loss.

The last of these factors, biodiversity loss, has long been a focus of Cedar Creek’s director, David Tilman. Tilman, Distinguished McKnight University Professor and Regents Professor in the Department of Ecology, Evolution, and Behavior, was surprised by his observations following a drought that hit Cedar Creek in 1988. The experimental plots that had a greater variety of plant species suffered less from the drought and recovered more quickly afterward. After months of exploring other factors that might explain this observation, he couldn’t shake the idea that the biodiversity was what caused the more successful plants to weather the drought better.

In the subsequent years, Tilman and his research team at Cedar Creek set up projects to study the effects of biodiversity in a controlled manner.

“No one had ever manipulated the number of species in an ecosystem to find out whether it actually mattered,” he said. “Of all the different things that we thought mattered, we have found that the single biggest factor is diversity. Changing the number of species in an ecosystem has a massive effect on its productivity, its stability, its susceptibility to invasion, and so on.”

A more diverse assortment of plant species can even affect insect and fungal diversity, lead to the removal and storage of more carbon dioxide, and even draw up additional nutrients to make the soil itself more fertile, Tilman added. The research team at Cedar Creek hopes these discoveries and many like them will not only increase scientists’ understanding of how human activities alter ecosystems, but contribute to solving the environmental challenges associated with them so that ecosystems can be protected and restored. 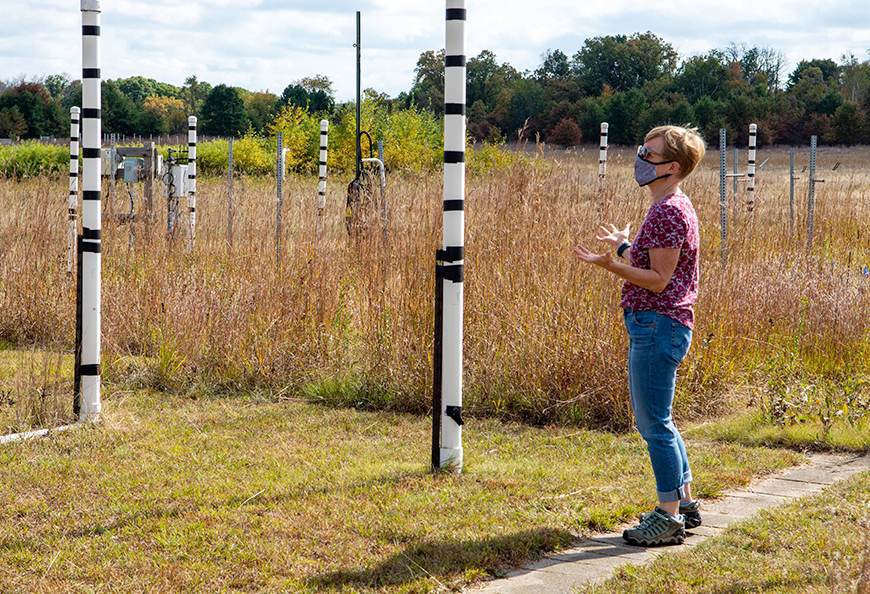 Sarah Hobbie, PhD, Distinguished McKnight University Professor in the Department of Ecology, Evolution, and Behavior, discusses an ongoing research project that monitors plant productivity under different conditions. The pipes shown control one such factor: the level of carbon dioxide in the air. Photo: UMN OVPR.

Recently, Cedar Creek began a collaboration with the newly established Biology Integration Institute, a National Science Foundation collaboration between UMN Twin Cities and University of Wisconsin–Madison to better understand the causes and consequences of biodiversity loss. In this role, Cedar Creek will help foster curiosity in young scientists by working with K-12 students and indigenous communities.