The Office of the Vice President for Research (OVPR) tracks key research metrics for the University of Minnesota, including national rankings, proposals and awards, sponsored expenditures, and technology commercialization performance measures.

On September 17, 2020, the University announced that it had exceeded $1 billion in R&D (research and development) expenditures for the first time, and that external  research awards for the previous year had increased despite widespread interruptions due to COVID-19.

Vice President for Research Chris Cramer presented a fuller analysis of FY2020 research and technology commercialization statistics, including several national research-centric rankings to the University’s Board of Regents on December 10, 2020. Watch the presentation.

The University’s Twin Cities campus posted $1.013 billion in R&D expenditures in FY2019, the latest available figure, an amount expected to rank it 10th among US public research universities in the well-respected NSF HERD survey, which compares research expenditures at US colleges and universities and is expected to be published in January 2021. The survey requires the University to report Twin Cities alone, but when all UMN campuses’ expenditures were combined, the FY2019 total was $1.04 billion.

Dollar amounts in millions
National Science Foundation's HERD Survey
*Ranking among US public research institutions. The University expects to be ranked 10th when the FY2019 HERD Survey is published.

UMN faculty and staff competed successfully for a record $876 million in externally sponsored research awards in FY2020, up by $12.9 million or 1.5 percent from FY2019 and the highest amount received any year to date.

Awards by Source: All Campuses, FY20 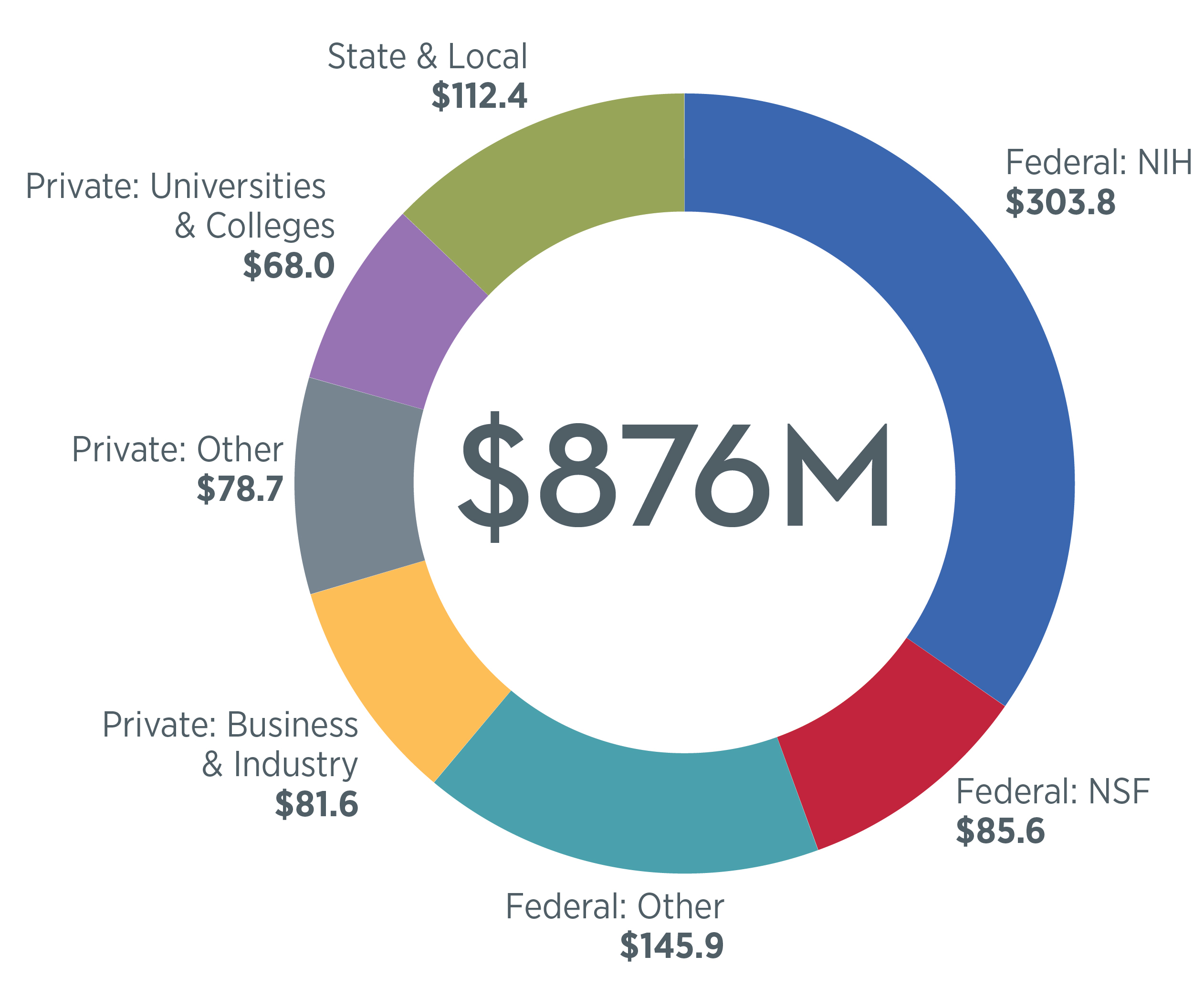 Areas of continued strength and growth for Technology Commercialization in FY2020 included: tying the record for 19 startups it spun out in FY2019 and increasing its number of new licenses, invention disclosures, revenue generating agreements, and sponsored research commitments from companies. The number of patents issued for UMN technology also remained steady.

The University’s shift to COVID-19-related research also impacted its technology commercialization work in FY2020, with key products included on a webpage listing more than a dozen University inventions.